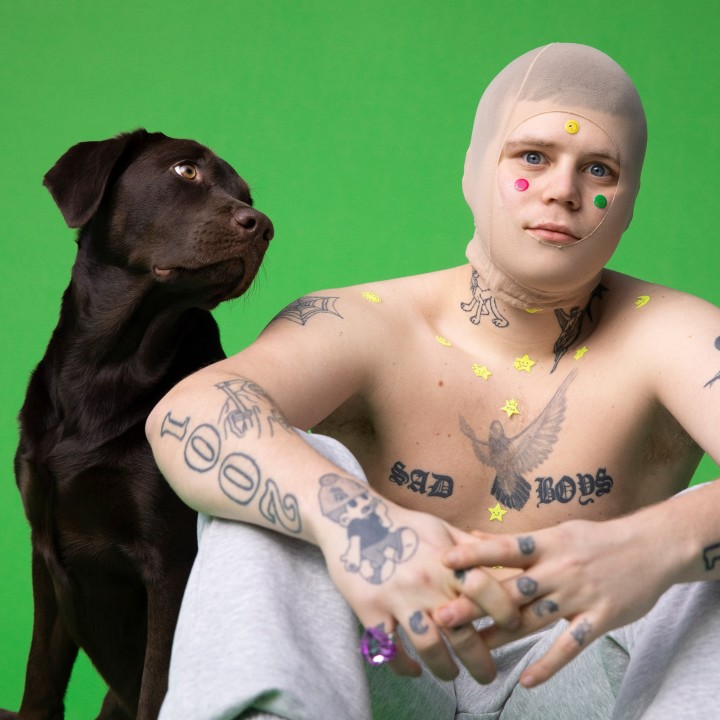 The tale of Yung Lean is as unassuming as it is wildly exploratory, a contradictory narrative about a misfit stranger from Stockholm who became a worldwide phenomenon - a protracted and at times grievous metamorphosis from pubertal, post-internet novelty to D.I.Y icon with an extensive, organic influence over anything and everything from off-beat art projects and mainstream culture alike.

Originating with a nomadic upbringing in Vietnam and Belarus via secretly experimenting and recording in a highschool computer lab to first hand encounters of the triumphs and tragedies of rockstar hyperbole, the mere 4 years passed since “Ginseng Strip 2002” saw the light of day have seen him set off on a seemingly genreless and open minded dispatch into the past, present and future of pop culture, an alternate reality where early internet aesthetics, late 90´s southern rap and a punk mindset all fused perfectly together.

The momentum born from the gentle, abstract touch of his first tracks were swiftly embodied by “Kyoto”, electrified by “Yoshi City” deconstructed again via “Hoover” and then re-animated by “Hennesy & Sailor Moon”; emerging each time perhaps not rejuvenated but in many ways re invented, his trademark lethargic flow and singular lyrical content elevated and seamlessly integrated with GUD and Yung Shermans´s resourceful and labelfree sonic scenery.

Still merely 21 years of age, the past year was huge for Yung Lean; besides kicking off with the independently released, eclectic album “Warlord” and embarking on a sold out world tour, it also saw him featured on Frank Ocean´s “Blonde”, star in Calvin Klein´s #mycalvins campaign, launch his own Sadboys Gear brand, co-design a sneaker for Eytys and drop a full length punk album together with GUD as Död Mark - to name a few highlights.

Later this year, Yung Lean will write the next chapter of the story by releasing his 3rd studio album project, followed by an extensive world tour.