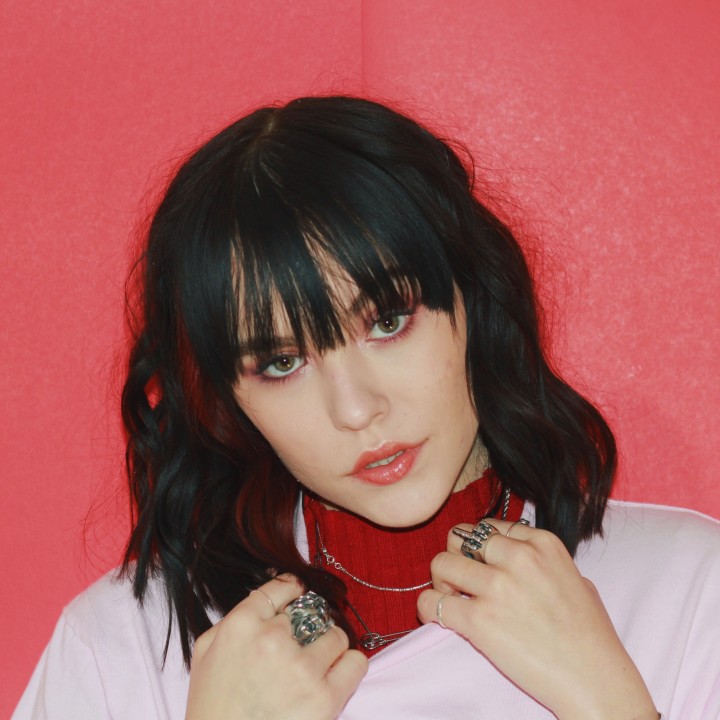 Taylor Upsahl, aka UPSAHL, is bringing punk attitude back to pop with her undeniable magnetism, musical chops, and star power - and it’s a hell of a lot of fun.

The 21-year-old is classically trained in piano, guitar, and vocal performance and spent the last two years writing new songs almost everyday in Los Angeles. But don’t let the resume fool you, she’s as raw and fearless as they come. At broadstroke UPSAHL’s music is alternative pop fused with urban and rock influences taking notes from acts like Gwen Stefani, No Doubt, and OutKast - grungy guitars and fuzzy bass lines mixed with sampled beats and crisp pop vocals. “We’re in an age right now where genre doesn’t exist and no one is being put in one box - it’s so sick,” says UPSAHL. “I’m leaning into that while still making music that reflects the music I grew up on.”

Songs like “Drugs,” “Smile For The Camera,” and upcoming single “Stop!” are loud and unapologetic and dripping in moxie. Whether she’s taking down the patriarchy, using a party track to comment on LA clout-chase culture, or empowering women to embrace their sexuality, UPSAHL is gonna raise hell, have some fun, and make a positive change while she’s at it. She rolls with the punches but isn’t afraid to throw a few when necessary.

Growing up in Phoenix, Arizona around her dad’s punk band and a house full of instruments, UPSAHL started learning to play and sing at age 5. Honing her craft through middle and high school, playing local gigs and writing music along the way, UPSAHL decided to opt out of college and move to LA at age 19. “I hated LA for the first six months,” says UPSAHL. “I didn’t know anyone and I was away from home for the first time.” But after finding her footing and settling in with a group of friends and collaborators, she soon hit her stride. “I was surrounded by creative people and doing sessions every day. I started figuring myself out and used the sessions as therapy to vent about my life. I didn't know who I was yet, but it forced me to do a lot of self discovery. I wrote around 200 songs that year, then picked five for the EP as the sound began to evolve.”

The result was her 2019 debut Hindsight 20/20. Intentional, mature, and powerfully potent the five-track EP quickly put her on the map with Billboard calling her an “industry mainstay.” She hit the road touring with veteran alternative acts such as Young the Giant, Fitz and The Tantrums, and PVRIS and made her major festival debut at Lollapalooza. Her single “Drugs” which hit the global viral charts, is now streaming over 1 million times a week and she’s a YouTube’s ‘Artist on the Rise.’ Now with new single “Stop!” and tour dates with Christian French and Two Feet up next, as well as writing a song on Dua Lipa’s new album, UPSAHL is just getting warmed up. Her enthusiasm for life, her craft, and the ability to make a positive impact is contagious. “End goal?” She says, “Make music everyday, play music every day. I want to use my music to be an escape for people, and I want to actually say something that resonates.”

She’s inspired, she’s hungry, and she’s coming in hot. For UPSAHL it’s go time, and there’s no telling where she’s going to go next.