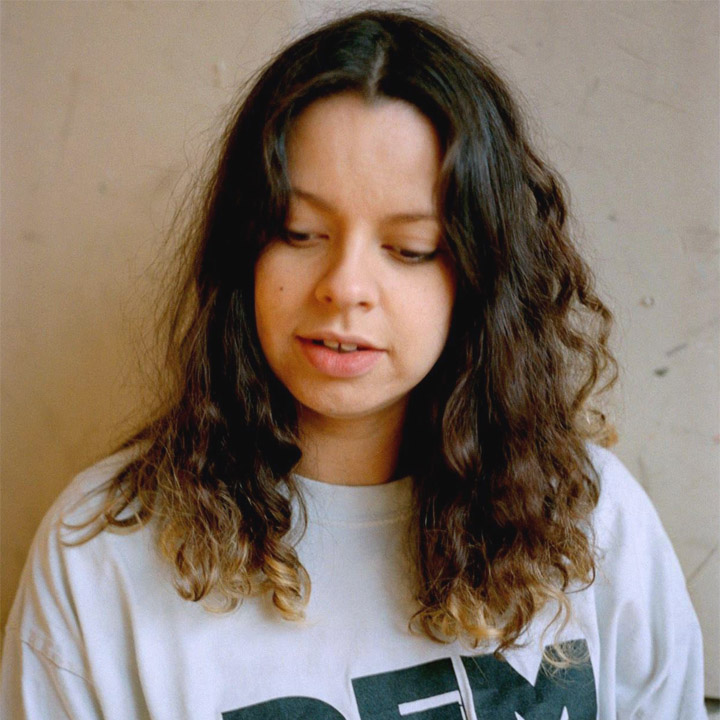 Tirzah the artist is an idea that's hard to hold on to. The Essex-born performer has been at the centre of the vital post-grime and UK garage sound of London for the better half of a decade but it's only now that her work has come to full fruition. Devotion is years in the making, recorded mostly in the shared houses and makeshift studios of her South London crew of artists and friends, all while life -- and love -- happened in the meantime. The full-length album is written and produced with musician, composer and childhood friend, Micachu, and it's a downbeat excursion into the moody inner life of an unusually talented lyricist. Songs about the complexity and conflict of a very human, very confusing feeling come through in listless lines like "I thought that I would call you but I never could do it," while a faltering bass line carries it through a tumbledown assemblage of samples and vocal cutups. Track titles like 'Gladly,' 'Guilty' and 'Reach' reveal their emotional tone with a single word, while Micachu's dilapidated beats underscore the brittle nature of desire and romance.

"I still feel like the combativeness is in there," Tirzah says, following the suggestion that the droll self-protection of 'I'm Not Dancing' -- released on Joe Goddard of Hot Chip's Greco-Roman label in 2013 -- has dissipated with Devotion. "Maybe it's just well-hidden," she muses, "or in a different form." That track, articulating the ambivalence of affection over a steady (and danceable) rhythm, catapulted Tirzah and her effortlessly delivered insights into the consciousness of a thriving dance-pop underground. Since then, there's been a smattering of other laconic releases, rough ideas and performances sung live and across the internet. There was the No Romance EP the following year, a performance with Micachu at the Boiler Room and guest vocals on tracks by SBTRKT, Baauer and Tricky, as well as some more unconventional amateur video works.

This playfully DIY approach to the project reaches in to Tirzah and Micachu's audiovisual aesthetic and goes out as far back as their long-time friendship. Almost two decades in the making, the duo's collaboration started during their school days at Watford's Purcell School for Young Musicians. Officially, they each studied harp and viola respectively. Unofficially, Micachu was teaching herself electronic music production and Tirzah was lending her voice to it. One rare early demo is a song called 'Go Now,' reworked and reappearing on Devotion as a powerful standout giving space to Tirzah's silky-smooth vocal inflections. "It all started from there to me, pretty much," she says, "so it still feels relevant."

It's in this updated version of 'Go Now' where you can really hear the soul and gospel influences of Tirzah's surprising inspirations in Al Green, Barry White and D'Angelo. There's an understatement, though, a vulnerability that is unique to her own songwriting, where a simple four syllables, like "I want your arms," can speak volumes on loss and longing. "It's pretty hard because, to me, it usually makes more sense a while afterwards than at the time of writing it," she says about her instinctual creative process that often leaves her feeling vulnerable and exposed. That's where Tirzah's perspective on the continued combativeness of her work rings true. There's a peculiar duality to the sound of Devotion, crossing genres, themes and approaches, and offering a listener a series of glimpses into a depth of emotion, while never quite fully revealing itself. It's that tough exterior protecting an extremely sensitive soul -- a true intimacy.

Tirzah's is the kind of honesty you could only really achieve from a place of comfort, which might explain why most of her work to date has been very much a chosen-family affair. Featuring on Micachu's early Micachu mixtape, Filthy Friends, in 2009 and performing at iconic Shoreditch venue Plastic People at its peak, Tirzah comes from a crop of artists who got their start in the dynamic experimental dance scene of the 2010s. It saw garage, grime and dubstep boil over and fuse with pop, RnB and hip hop to produce other innovative musicians like Ghostpoet, Elan Tamara and The Invisible, all of whom have worked together in one capacity or another, not least by appearing on the Kwesachu mixtapes. Kwes (of the aforementioned Kwes and Micachu portmanteau project) himself worked on the Devotion mix with Micachu, while his younger brother Coby Sey features as the only guest voice for the album's title track. "He joined me doing live sets," says Tirzah about bringing the up and coming producer and songwriter onto the record, "he's a great musician and it's a 'part-of-the-journey' type thing."

Devotion is very much a journey. It's a deeply personal hallucination of British RnB at its best, where the rough edges of Micachu's famously experimental sonic scraps are softened by Tirzah's melancholy words. An odd keyboard melody opens 'Basic Need' before dissolving into a slow groove of musings on a crumbling relationship: "I won't let you leave, I can see through you." While there's something to be said for comparing Tirzah's sound to the cool neo-soul of Seattle's THEESatisfaction and the dance-imbued RnB of fellow Londoner Katy B -- Devotion is very much its own peculiar construction, built on the sad streets and gloomy days of a forever breaking heart.