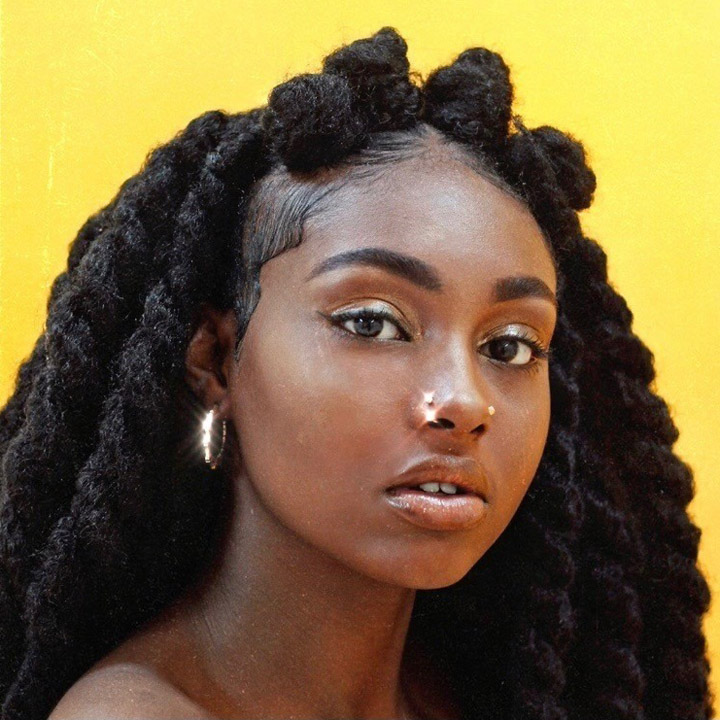 Jazz is her heart. Although Tiana Major9 fell in love with R&B and Hip-Hop first, her fascination with their origins had quickly turned from curiosity to a genuine obsession for this style of music. ‘Jazz is as free and uncompromising’ - Two of many words which can also be used to describe the East London born Empress and her music.

Growing up in a British Jamaican house-hold with her Christian mother and 2 siblings, Tiana has always been surrounded by music, whether it be Gospel or Garage. The church became a catalyst for her love of performing, which lead her into taking private performing arts

Her musical career is blossoming attractively having had great support from the BBC Radio 1Xtra entering the official playlist via BBC Introducing. Tiana has also graced many stages and blessed many ears across Europe whether it be on her own or supporting acts such as Kelela, Ray BLK and Ella Eyre to name a few.

Although still very young in her career, her self- penned lyrics and alternative sound is launching her into becoming one of London’s freshest emerging artists!