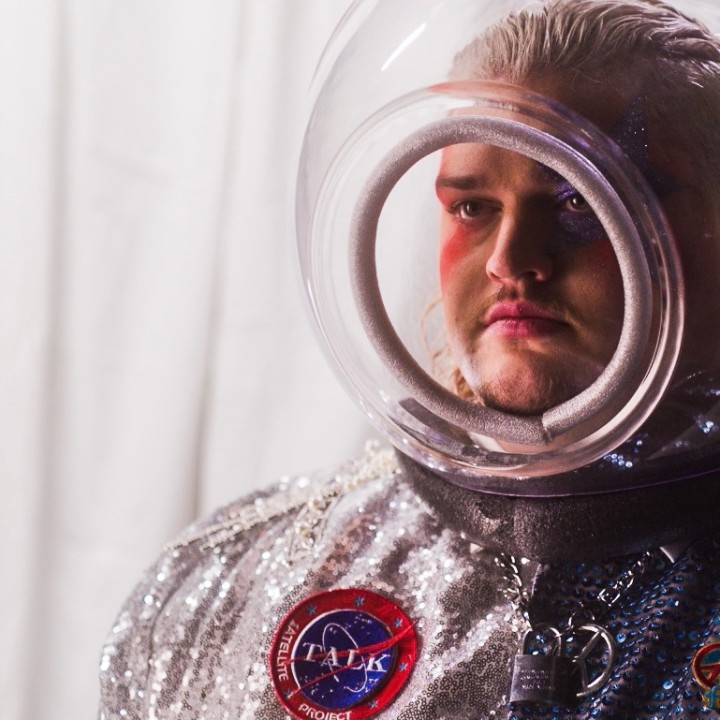 “Love everyone even if they don’t deserve it.”

This is the guiding principle for TALK’s life. The singer-songwriter is a mass of positive energy, colour and enthusiasm, bringing a smile to the face of everyone he connects with.

Born Nicholas Durocher and raised in Ottawa, the 25-year-old is a multi-instrumental wizard, trained in piano, guitar, drums, bass, banjo, harmonica and even the mandolin. And with an older brother performing on Broadway, Durocher was built for the stage. He spent his teens touring Canada with the Jordan McIntosh band, performing at some of the nation’s biggest country festivals, including Boots and Hearts, Dauphin’s Countryfest and the Cavendish Beach Music Festival.

Inspired to branch out as his own solo artist, Durocher moved from Ottawa to Toronto, and began racking up an impressive list of songwriting and production credits, working with artists signed to Sony, Def Jam, Wax Records, Physical Presents and more, while also gaining sync placements in shows like Kim’s Convenience. Through these collaborations, Durocher honed his songwriting, recording and production skills, developing the eclectic voice and character he’d envisioned for years: TALK.

In an era where many artists use mystery as a marketing tactic, TALK is in your face. He’s eccentric, flashy and colourful. He’d rather make his own gold sequin cape than wear a designer outfit. As Durocher explains, “TALK is me saying ‘I don’t care what anyone thinks, I’m going to be my loud and proud self.’”

He’s crafted a sound equally unique. Inspired by artists like Guns n Roses, Foo Fighters and Elton John, TALK is a modern rockstar — bright and bold with a powerful voice. He writes, plays all instruments and produces his own tracks, only bringing them to the studio for final touch ups — a rarity in today’s pop music space.

Today, TALK is developing his debut EP, working alongside producers Ken Lewis and Brent Kolatalo (whose credits include John Legend, Lana Del Rey and Drake), the project will release fall 2021.