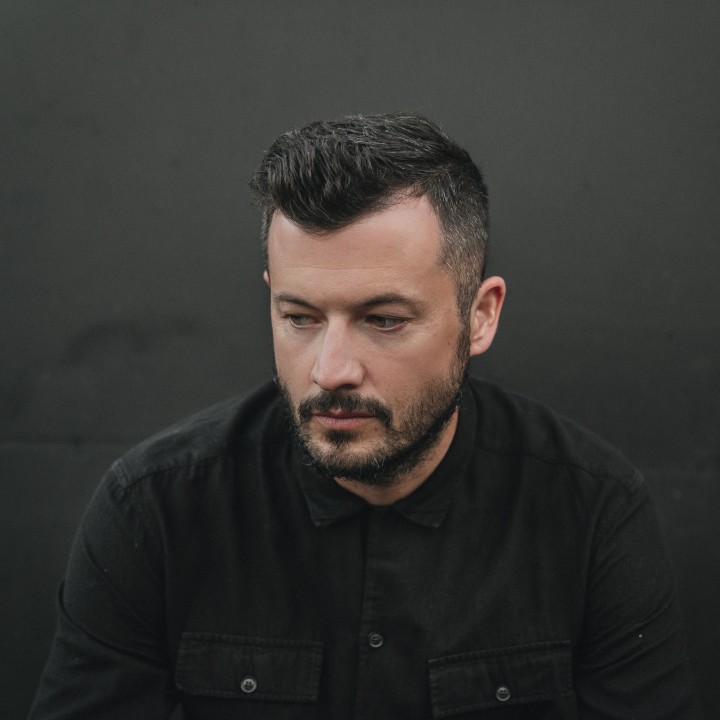 Brian Fennell is a student of simplicity. As SYML (pronounced "simmel"), which translates to "simple" in Welsh, Fennell writes emotive ambient pop songs that capture the ethos of his musical persona. With delicate piano, swells of strings and Fennell's sterling vocals, the songs that comprise his debut EPs "Hurt For Me" and "In My Body," embody the relinquishing of all emotions, a cathartic release laid bare.

"The name meaning simple was the cornerstone of what I wanted in these songs," Fennell says. "Keep it simple because you can't hide behind things as well when it is stripped back and when it is naked and raw."

The approach worked, as proven by break-out single "Where's My Love," which sees Fennell look outward at a romantic partner and wish for their emotional wellness for the sake of the relationship. The song initially received a few sync placements and went on to become a worldwide viral sensation, achieving Gold certification in Canada, Belgium and The Netherlands and surpassing 200 million streams globally.

Fennel, who is currently putting the final touches on his 2019 debut full-length album, spent much of the past year on a worldwide headlining tour, selling out major cities across the globe from New York to Berlin. To close out the year, he released three new songs off the upcoming album, an acoustic version of the deeply personal and heartfelt "Girl," the darker, beat-driven "WDWGILY" and his latest single, "Clean Eyes," a sticky, anthemic track that showcases his ability to write and produce an indie-pop song while staying true to his emotive lyric style and heart-wrenching vocal range.

A child of a closed adoption, Fennell discovered his Welsh roots as an adult and utilizes his heritage in his music in the project's name and as a filter through which he views the world, though it's ultimately the juxtaposition between his own happiness and the content of his music that is most resounding.

"I describe my music as generally being pretty sad or dark, but the reality of where that comes from is a general mystery that exists behind my history as a person," Fennell says.

Fennell's heartfelt approach to music comes from an experience he had in college with a percussion professor. A classically trained pianist who graduated with a degree in music education, Fennell often rested on his laurels early in his career. The instructor inspired him to strive for more, to put more of himself into his practice.

"I had to bleed and really be upset with myself to understand fully how to learn something like music," he recalls. "It all collided at the same time and I really latched onto writing songs at that point. You need to let go of being perfect or being the best. As soon as you accept failing at something and can give yourself up in a personal way to the music, then you can finally be light enough to reach your potential."

Ultimately, it is a kind and truthful depiction of emotion, grounded by his gut-wrenching vocal delivery that keeps SYML from sounding maudlin, soppy. Like the name implies, it's the simplistic approach -- things are hard, let's talk about it -- that makes SYML relatable, the topics he sings about tangible.

"One of the pitfalls of writing more emotional music, as a listener and lover of that music, would be you pulling the wool over somebody's eyes just to make them feel something," Fennell says. "I'm trying to be conscious of not doing that. It's not flippant music where I'm throwing out this emotion to the world, I'm trying to approach it with more care and conscience."