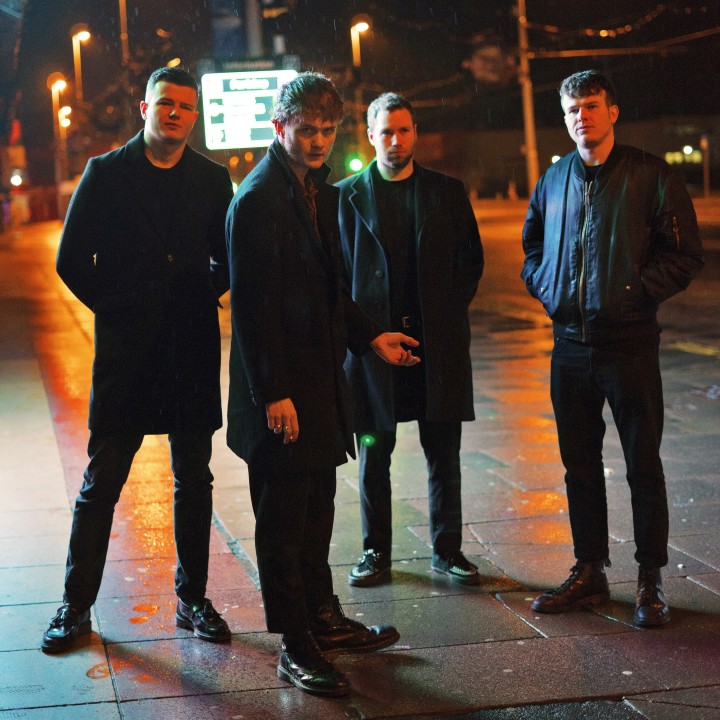 Like the town they hail from Strange Bones have seen a lot in their short history. Brought up with punk rock by a father who not only lived and breathed the world of punk, but filmed the whole thing too. John and Karen Bentham realised in the 80’s that somebody better capture all these bands coming through the North West, so set out with his cine camera to do just that. Filming everybody from the UK Subs to GBH, Black Flag to Throbbing Gristle, they filmed them all.

When their boys came along they spent nights educating these wide-eyed kids to the magic of rock music played loud, fast but above all for a purpose. Do what you want boys, but do it because you believe in it. While you were watching Blue Peter, Strange Bones were watching Black Flag live from Leeds.

With this education and a belief in their talent, in their early teens they formed a punk-band and played nearly 1000 shows together around the world: Japan, US, Australia, Italy, Spain, Germany – played them all. Toured with Rancid, did a Maida Vale session and a Big Weekend for Radio 1. Had a Zane Lowe Hottest Record and won XFM Awards.

In 2014, now still only in their early 20’s, Bob, Jack and Will Bentham teamed up with lifelong friend Stuart Newburn and formed Strange Bones. Just mates, playing punk rock music together in this most independent of British towns.

Then they started again.

First came ‘Sick of it All’ (SOIA) a powerful slab of Blackpool Rock, followed by the anthem 'God Save The Teen’, which have both had continuous plays and heavy support by Annie Mac, Dan P Carter, Phil Taggart, and Abbie McCarthy on BBC Radio 1, as well as Julie Adenuga on Beats1, Alex Baker on Kerrang Radio, and Ian Camfield on XS Radio.

The band decamped to LA for two weeks and recorded with Chris Shiflett of the Foo Fighters at their Studio 606 - using the SoundCity Neve desk, the desk that Nirvana, Rage Against The Machine, Fleetwood Mac Rumours, Red Hot Chili Peppers, Metallica, Cheap Trick and Guns and Roses all recorded on. Dan Lancaster (Blink 182, Bring Me The Horizon, Lower Than Atlantis) then mixed all the tracks.

They are putting loud music out again, it’s worth listening to because it has a purpose. With a sold out 'Jack Daniels' residency in Blackpool and festivals appearances at Download UK and France, Live at Leeds, The Great Escape, and Reading And Leeds.

Their mum and dad are proud of them.