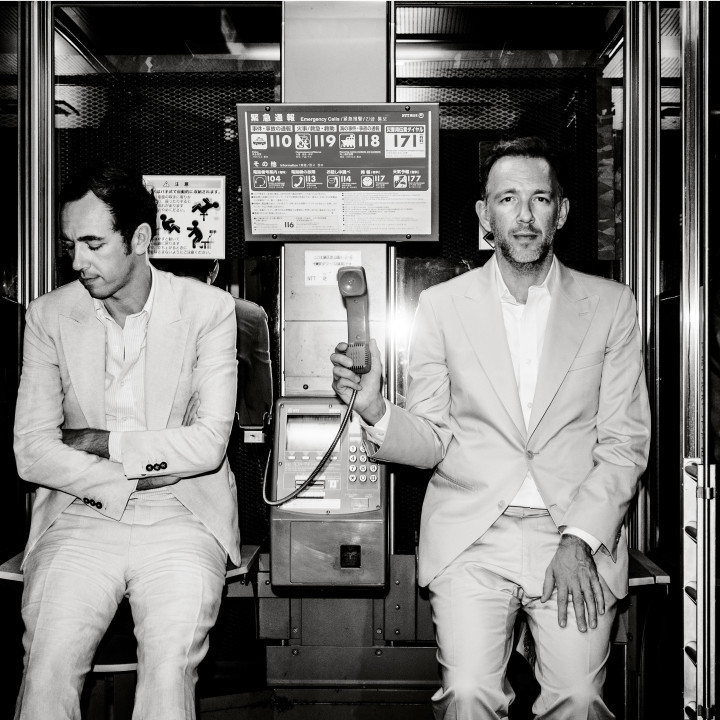 Since 1995, David and Stephen Dewaele have consistently pushed the boundaries of music into new and innovative territory by diversfying into many different guises. They are a band (Soulwax), djs (2manydjs), a record label (DEEWEE), a sound system (Despacio) and even created an app and website (Radio Soulwax).

They are also widely renowned as one of the most innovative remix and producer teams around.  Recent credits include You Make Me Feel (Mighty Real) by Sylvester, the Grammy nominated “Work It” by Marie Davidson, Fontaines DC, Chet Faker, Roisin Murphy, LA Priest, Robyn, SG Lewis featuring Robyn & Channel Trios, Arcade Fire, The Rolling Stones, Tame Impala, Metronomy, Daft Punk, The Gossip, Hot Chip, MGMT and Warpaint, among many others.

Soulwax won best remix at the Red Bull Elektropedia Awards for their reinvention of Robyn’s “Ever Again” and best producers at the MIA’s (Music Industry Awards).

In May 2020, Soulwax released  “EMS Synthi 100 – DEEWEE Sessions Vol.1”. Outside of Soulwax, the brothers continue to produce an eclectic range of recordings at their DEEWEE studio in Ghent, for artists such as Charlotte Adigery, Laima and James Righton, all released on Soulwax’s DEEWEE label.

"Essential" their 2018 album was originally made for BBC Radio 1 Essential Mix. They are the first artist to ever submit an entire hour's worth of original material for the show.

In 2017, after a long hiatus, Soulwax released FROM DEEWEE which was recorded in a single day in their DEEWEE studio.  The new band consisted of original band member Stefaan Van Leuven plus 3 drummers, Iggor Cavalera (Sepultura), Victoria Smith and Blake Davies (Turbo Wolf) plus Laima Leyton (Mixhell) on synths and backing vocals.  They also won Best Album for “FROM DEEWEE” at the MIA Awards.

In 2005 Soulwax released a remix of one of their own albums: ‘Any Minute Now’ which became ‘Nite Versions’ which was recently repressed for the 15th year Anniversary.

In 2011 The Radio Soulwax project was another step into unchartered territory, a 'visual radio station', the ultimate synthesis of sound and vision, producing 24 one hour mixes with accompanying visuals based on the artwork of the original records used within each mix. The app has had to date over 600k downloads. It then went on to become a globe trotting live event.

In 2013 they created the Despacio soundsystem with James Murphy, a revolutionary sonic dance experience unlike no other. It has been described in the music press as “the greatest sound system ever” as anyone who has witnessed it will confirm and it has already sending ripples through the music industry as a benchmark to strive towards.

With their 2002 2manydjs album ‘As Heard on Radio Soulwax Pt 2’ they created a new remixing style that set the template for imitators ever since.

In the midst of all this they have toured extensively throughout the globe, both as 2manydjs and Soulwax, much to the delight of their legions of fans.