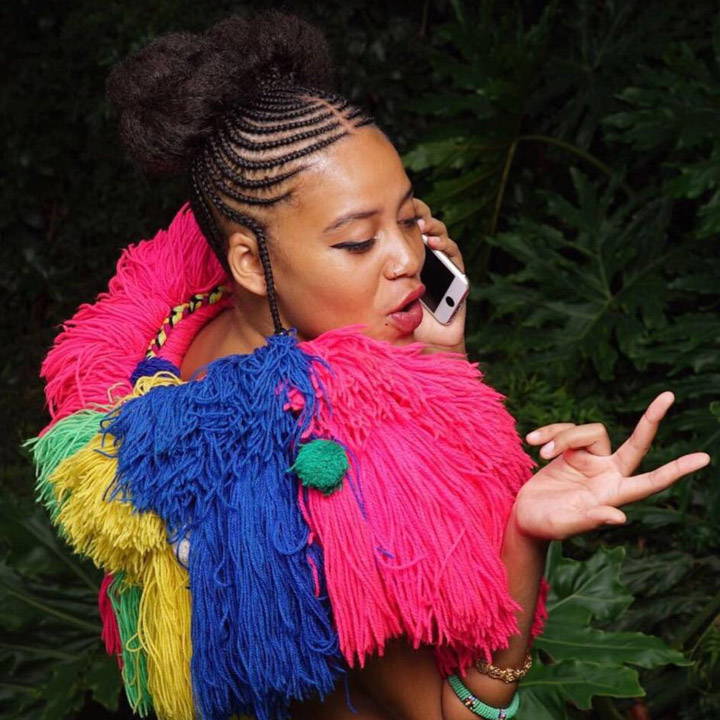 A breath of fresh air for 2017 is young musician Sho Madjozi who broke into the local music scene in January 2017. She shot to fame from her features on rapper Okmalumkoolkat's latest album and is also known as rebel Tsakani Mboweni on Mzansi Magic's popular youth telenovela Isithembiso. She dazzled audiences with her audacious lyrics, confidence and bright style fusing her colorful culture with modern trends. Unlabelled mag named her one of 8 young South Africans to watch in 2017, she was one of Mail and Guardian's young 200 for 2017 and is currently nominated for the Independent news paper's list of 100 independent youth.

Since appearing on the music scene she has worked with top producers on her own singles which are shooting up radio music charts. She was featured in the Nike Global campaign for international Air max day called Kiss my Airs and appears regularly as a guest on radio and television shows. In less than a year, Sho Madjozi has become a staple at the biggest local concerts and festivals.

Her unique hairstyles have been adopted by thousands of young women both locally and abroad and she is often the subject of drawings and art from fans. Her style is vibrant and fun and she is hard to ignore and even harder not to love.