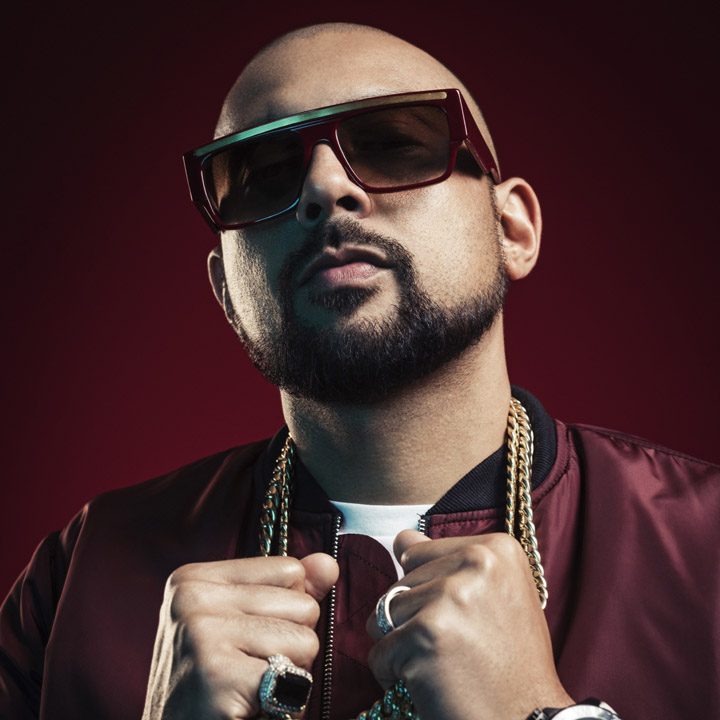 Sean Paul's distinct voice, catchy rhythms and first class productions, have been the perfect blend for the success of this Grammy Award-winning, international superstar. Born Sean Paul Henriques in Jamaica on January 9, his musical career started off in the 1990's, making way for Billboard Hot 100 chart toppers, Gimme the Light and Get Busy. Sean Paul has maintained his relevance in the music industry since his rise to international fame in 2000 to present day with recent hits such as Mad Love, Cheap Thrills, Rockabye, No Lie, and Body.

Sean Paul attended the University of Technology with hopes of pursuing a profession in Hotel Management but his love for music was more powerful. His recording career took off with the premiere of his single, Baby Girl. In 2000, Sean Paul released his debut album Stage One with VP Records. To date he has released six studio albums including; Dutty Rock, 2002; for which he won the Grammy Award for Best Reggae Album, The Trinity, 2005; which was certified platinum in Europe and by the Recording Industry Association of America. He also went on to release Imperial Blaze, 2009; Tomahawk Technique, 2012, and most recently Full Frequency in 2014 which were all well received.

Sean Paul's continuous hard work and dedication has earned him several Grammy and Billboard Music Award nominations. His accomplishments include an American Music Award, MOBO Awards, Soul Train Awards, MTV Music Awards, ASCAP Rhythm and Soul Music Awards, a Source Award and a BET Award. He is the only Jamaican artiste to have won an American Music Award (2006) for Favourite Pop/Rock Male artiste and also the first Jamaican to be featured on the cover of Vibe Magazine. Sean Paul enjoys such accolades but is keen on remaining humble and making his fans proud.

The success of his albums and his affinity for live performances have brought him much fame. In addition to being the first Jamaican artiste to perform in Kazakstan as well Madagascar, the multi-platinum artiste has ignited stages in well over 100 other countries, performing for huge audiences in some of the biggest venues around the world.

While cemented in reggae and dancehall from his home country, Sean maintains a multi- national presence with numerous collaborations in genres such as pop, Latin, EDM, soca, and afrobeats. The cross-over icon also boasts a remarkable fan base in Latin America, Japan, Europe and USA. In 2014, his relationship with Spanish audiences spiked after an alignment with both Puerto Rican Reggaeton singer Farruko on the single Passion Whine, and global recording sensation Enrique Iglesias who collaborated with Sean Paul for the Bailando remix. The latter peaked at number one in 33 countries and its music video generated over 261 million views on YouTube.

Over the span of his career, Sean Paul has worked with quite a number of international and local hip-hop stars such as Busta Rhymes, Beyoncé, Rihanna, Keysha Cole, Kelly Rowland, Juicy J, 2Chainz and Nicki Minaj. He has also partnered with reggae and dancehall acts such as Damian 'Junior Gong' Marley, Beenie Man, Tami Chynn, and long-time acquaintances Dutty Cup.

Aside from being a top notch performer, Sean Paul is an excellent music producer and has created music with a number of top Jamaican artistes. Konshens, JCapri, Cham, Beenie Man, Bounty Killer, Elephant Man, Ding Dong, Vanessa Bling, Mr. Vegas, and Denyque, are just a few of the multi-talented artistes featured on his Full Speed Riddim that was released in early 2015. As owner of his own Dutty Rock Productions label, Sean Paul released the 2018 Rope Riddim which features himself with Spin It single, Charly Black with Up Top and Dutty Rock signed artiste Chi-Ching Ching with the Rope single.

When not in the studio or on stage, Sean Paul likes to keep active with a round of tennis. He also enjoys intellectual conversations, drinking herbal tea and watching or participating in sports like basketball and swimming.