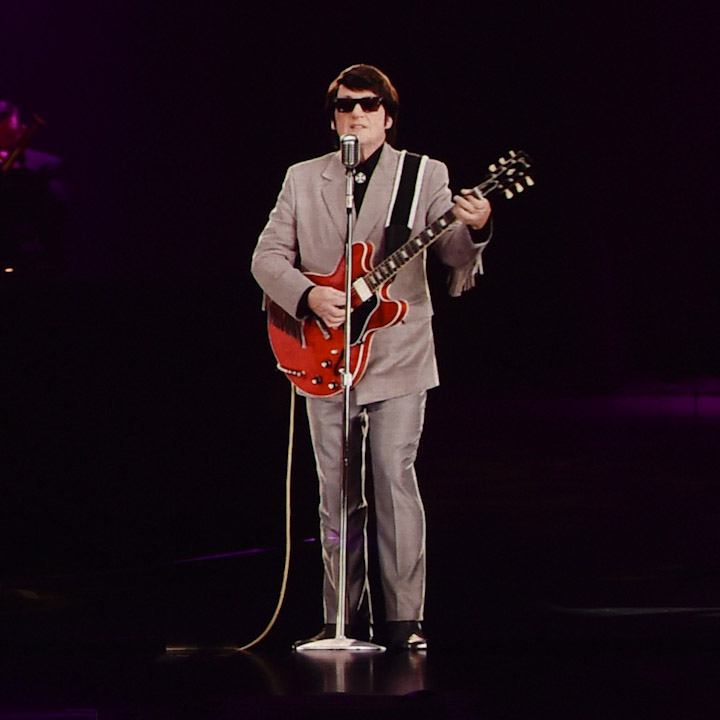 In 1988 the phenomenal Roy Orbison passed away, leaving behind a timeless legacy and a collection of beloved songs. Since then the only access to his otherworldly voice has been through his archive of iconic recordings.

Introducing "In Dreams" -- Roy Orbison in Concert, an extraordinary event that sees the man himself take to the stage via hologram, accompanied by a full live orchestra. As you watch Orbison sing his first notes into the microphone, you will thrill to the realization that you are part of rock and roll history -- totally being rewritten.

This full-on live experience will have you singing along to the most tenderly charismatic rock pioneer ever.

Every song Orbison performs has been digitally remastered and brought to life in modern concert acoustics with the live orchestral experience to deliver a once in a lifetime event. The musicianship is mind blowing, the digital and laser projection is breathtaking. The set list is a 16-song hit parade. Then there's that unmistakable voice -- Orbison's transcendent silky vibrato that fills the venue with sonic beauty and your soul with absolute joy.

Show up ready for a rock & roll pilgrimage, because Roy's going to deliver. You'll leap to your feet and sing along as Orbison delivers Oh, Pretty Woman, Only the Lonely, Crying and his many other great classics. Between songs you will clap your hands numb as he interacts with the other musicians and reacts to you in the audience. The man is rocking venues across the nation. Do not miss the chance to see him perform.