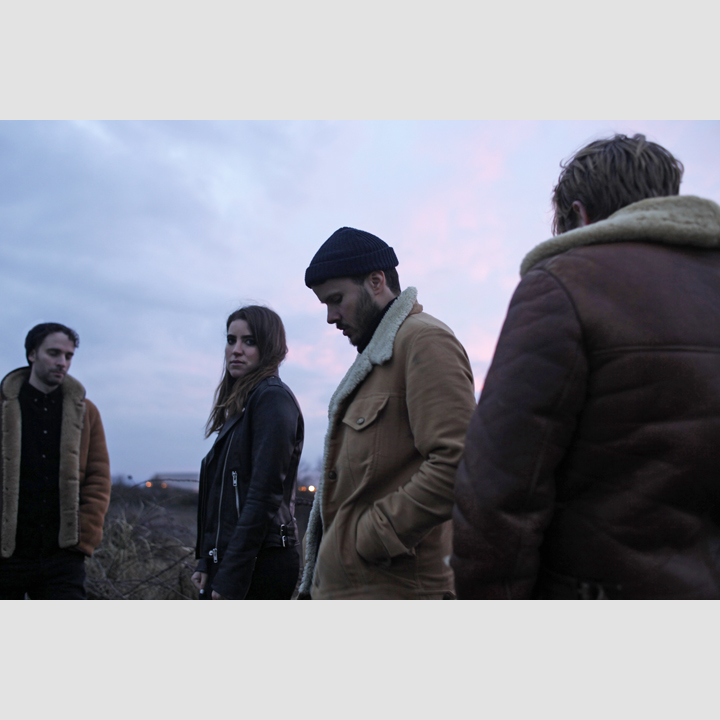 Ever since hearing the skittering bass and whispered, creeping melodies of RITUAL's debut EP 'The Fall' in late 2014, listeners have been hooked. The mysterious London-based group captured the imaginations of publications like Billboard, The FADER, and The Line of Best Fit without ever even revealing their names or faces. Instead, their steadily growing fanbase has become familiar with the group's piercing lyricism, post-dubstep ambience, and blend of male and female vocals. Very little is known about the group to this day -- but in 2017, they're finally stepping out of the shadows. RITUAL's beginnings are rooted in producers Adam Gross and Tommy Baxter's friendship in sixth form, when both were growing up in north London. Tommy later became a touring guitarist, while Adam created hip-hop beats for independent U.K. artists; finding themselves both in the music scene, they rekindled their friendship and teamed up as a production duo. It was then that they met Gerard O'Connell, a Birmingham-born artist who had been singing in folk bands, and was then working as a songwriter with the Xenomania production house. Through writing songs for other artists as a trio -- their hits include Dua Lipa's "Hotter Than Hell" -- Adam, Tommy, and Gerard discovered that they had a unique chemistry. The name RITUAL comes not from any religion (nor from any Satanic leanings), they explain, but rather from the supernatural ease they found in working together. As a trio, their songwriting sessions quickly developed a familiar rhythm: Adam would lay down a drum pattern, Tommy would flesh out the ambience, and Gerard would bring hefty emotion to the top line. When the three took part in writing sessions for a futuristic R&B artist named Mononoke in 2015, their lineup unexpectedly became complete. Drawing on the push-pull of male and female vocals found in seminal albums like The xx's self-titled debut and Damien Rice's 'O,' RITUAL discovered that Liverpudlian artist Mononoke -- real name Katie -- was the final ingredient their sound needed. Perhaps an unexpected reference point for the band's palette is the song "Hold My Liquor," taken from Kanye West's abrasive, divisive album 'Yeezus.' The song brings together the disparate talents of drill rapper Chief Keef and neo-folk singer Justin Vernon over a minimalist beat to create something completely unique. Adam explains that as RITUAL worked out their own sound, he pointed to that song as a structural blueprint for the band, who each bring their own far-flung inspirations to the music. For Adam and Tommy, it's trip-hop, Burial, and the classic hip-hop production of greats like J Dilla and DJ Premier; Gerard has spent years poring over the songwriting chops of experimental folk and soul legends like Van Morrison and John Martyn. Katie's tastes, meanwhile, are rooted in the country music of her youth, fused with the R&B she listens to today. Together, these backgrounds coalesce into a sound that's songwriting-led, sensual, yet always sharp at the edges. It's been described variously as ambient hip-hop, or folk music with dark R&B beats. Adam describes it as "a juxtaposition of organic and synthetic, a sound where tradition meets modernity." Gerard jokes, "It's baby-making comedown music." RITUAL's latest single, "Drown The Lovers," is one of their most lavishly melancholic yet, foregrounding the two vocals over an ominous, gut-level bassline. True to the band's tendency to tap into dark, unspoken feelings with poetic clarity, Katie explains that the song is "about loving without the scars that affect you; the things you've been through that change you and can ruin your ability to give all of yourself to future relationships." With a chorus that tentatively asks, Love me like you've never hurt, Gerard says the song is a "fantasy" about being able to "enter a new relationship without fear." Over the coming year, RITUAL are set to enter a new relationship with their listeners and the world. Shedding the question mark that lingered over identity on their first clutch of EPs, they're now working towards a full-length project, with plans in the meantime to release six new singles and develop their first live show -- an "immersive, audiovisual" experience. You've already heard RITUAL; now, they're ready to be seen.