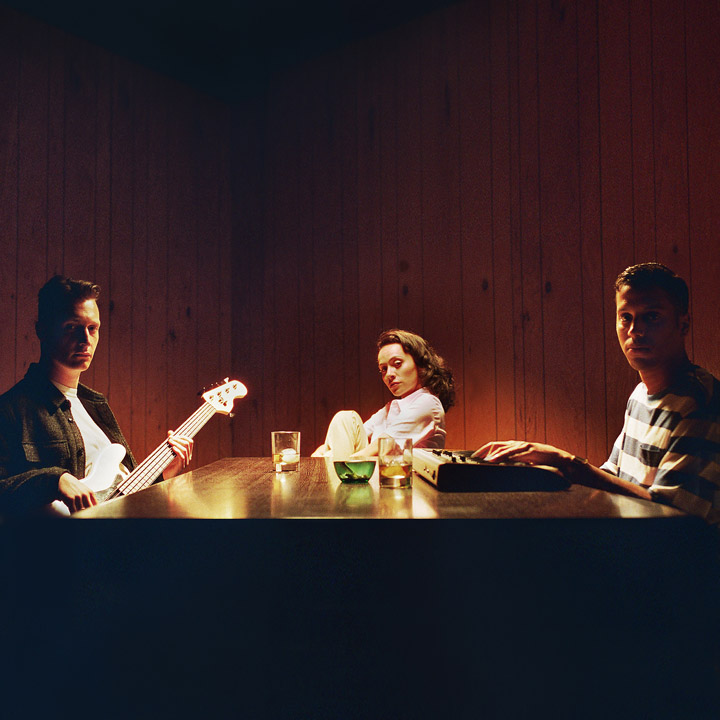 London trio Radiant Children bring new life to soul and funk with slick electronics, honeyed vocals, and imaginative jazz and R&B. Formed in 2016 by three session musicians and songwriters, vocalist Fabienne, producer Tyler (also known as Lophiile), and multi-instrumentalist Marco discovered they had an extraordinary chemistry. "It was a little ironic," Fabienne admits. "After years working for other artists, we finally felt freedom when it was just us in the room. It unlocked a new level of creativity."

The name Radiant Children is a hat-tip to New York art icon Jean-Michel Basquiat, whose work is beloved for its spontaneity and control. The band's music strikes a similarly profound balance: It's uplifting but straight-talking ("Life's A Bitch"), brimming with grit and gloss ("Go Left"), and steeped in nostalgia while still confidently modern ("Tryin'"). Their debut EP, Tryin,' is a study in retro-futurism; they're respectful of soul greats like Marvin Gaye and Aretha Franklin but careful not to retrace their steps. Instead, they take a wide-angle view of music that brings old school rhythms a contemporary sensibility, with subtle references that span the hip-hop infused croon of Anderson .Paak to the rebellious, electric-blues attitude of Charles Bradley. It's all executed with appreciation, precision, and nuance. "We want to pay homage to the roots of soul and funk, but we aren't getting in a time machine and going back there," Tyler says. "We're building off of it."