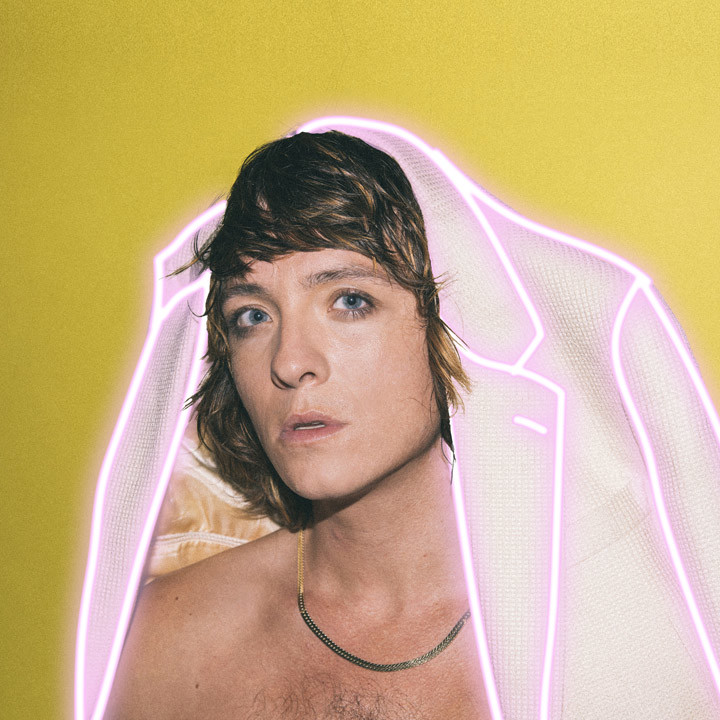 The artistry of Parker Bossley balances eclectic musicality with raw charisma, a testament to his small-town dreams and big city ambitions; life, art and determination distilled into each song.

As ringing guitars and lo-fi bass frame the lyrical narrative for his debut single, "Lifted," Parker's vocal soars on a chorus projecting carefree, youthful optimism. Penning the Ben H. Allen (Walk the Moon, Cut Copy) produced and Tony Hoffer (Beck, M83) mixed song as a chronicle about his younger self, it supports a romanticized notion that music can change the world.

Despite being a kid from nowhere with no connections, his talent won out. By 15, Parker was touring North America and building a solid reputation as a session bassist. Every note that he played took him away from his hometown of Abbotsford, BC, Canada, which is notable mostly for its staggering crime rate against a backdrop of its many churches.

Parker was always performing and writing from the start of his career. While serving as a touring member for various bands, he also found himself writing for other artists, including collaborating on Fitz and the Tantrums' "Walking Target" and most recently his eponymous self-titled album.

Now stepping into the spotlight as a solo artist, his sometimes-introverted tendencies can be hard to assess, offset by his boisterous visual intensity. Witness his two latest videos. In "Lifted," directed by Sebastian Sdaigui, we see Parker revolving over top of a spinning sheet of glass channeling all of his glam idols. It serves as the follow-up to the acclaimed focus track "Chemicals," which showcased Parker's animated image transported into a dazzling menagerie of land and sea creatures.

Both songs serve as a tantalizing prologue to Parker's incarnation as a solo artist, with all songs from his forthcoming effort written while living in a damaged Airbnb RV in East Los Angeles. Called the "Duran Duran guy" by the residents of the neighborhood due to his flamboyant outfits, somewhat-shaggy-somewhat-kempt haircut, signature headband, and strident presence; Parker has dry LA winters and 50 cent tacos to thank for his survival.

From tough Northern town to East LA, it's evident that Parker's journey was essential to his art; the narratives are worn as a badge of honor and perseverance, representing true labors of love. Raw, candid and authentic, his new music both connect him to his home while simultaneously leading him farther from it.

Meanwhile, the songs and visuals project a sense of elation that celebrates a timeless sense of freedom -- a motif confirming both Parker's musical influences and his defiant individuality. "I'm inspired by people who can see the future and read the past," he concludes.