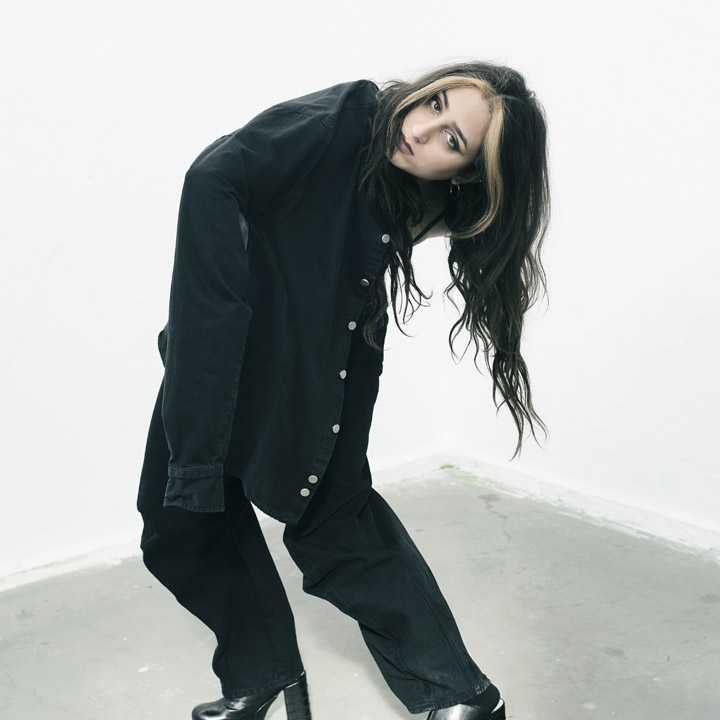 Nadia Tehran is initiated by the borderless and revolting punk-attitude, applied on everything in between fragile pop melodies, rhythmic electro beats and hip hop. Nadia is the contrast incarnated -- the Muslim in the Christian town, foreign in the Swedish class society, and the Swede in the Iranian family. A self-representation that portrays the world and Nadia's place in it.

At the age of twelve, Nadia Tehran arose as an artistic and rebellious individual with a distinctive passion for music. Born in a Christian middle-class society, her teenage years were characterized by misadaptation and the sense of not belonging, which lay the essential foundation for her future music creation. After being a singer and front figure in different punk bands and leading the middle eastern heavy bass group Compadre, she has created her own extensive genre as a solo artist. Nadia is the mixture of musical nuances that inevitably reflects an approach that she'd rather raise her voice than lower it.

In Life is Cheap, Death is Free, Nadia explores the limits of personal and political identity, and shows us that she is not afraid to defy authority and breach boundaries. Her striking debut single "Refugee" is accompanied by a video shot in her ancestral home -- Iran. In a country where the rights of women are so severely restricted, simply being there with a camera pointed at her was enough to raise suspicion among locals and authorities. Hiding the memory card full of footage in her underwear while being questioned by the police, Nadia's powerful message survived -- I Am What I Do, And I Do What I Want.