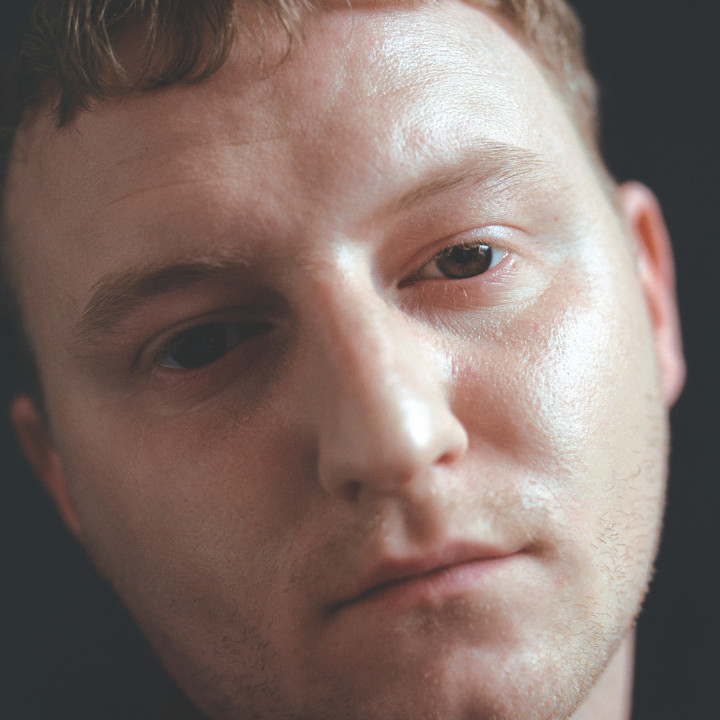 M. T. Hadley's debut album Empty is a hopeless pop masterpiece. The first single, "Rattle," was written in 2011. The whole record takes us on a journey through the 2010s, a decade of misery and decline. Here are nine songs in the key of accepting pain.

Martin grew up in North London and went to a primary school in Islington with a boat in the playground instead of a climbing frame. He had piano lessons and guitar lessons. But why should we create anything at all, he wondered? Later he attended Stoke Newington School, where he played in a swing band led by a man who pretended he'd fought in the War. He remembers watching Labrinth make a song on Cubase VST there and feeling blown away. He joined an indie band, and they were managed by a man who needed to launder some money. Martin's favourite philosopher is Plato.

Aged 16, Martin moved to Camden School for Girls so that he could study classical civilization, and saw an Ancient Greek pot for the first time in his life. The graceful outline of a lekythos vase, which would originally have been used for storing perfumed oil, but today remains empty, now decorates the inside cover of his record. He finds it odd that we look for meaning in Greek vases when they're always empty. Empty, he says, is how people often feel. He hopes his record makes listeners feel worse, and then better; but worse to begin with. He doesn't think anybody can ever feel better without feeling worse beforehand. In his first year at Camden, Martin thought, "Oh I've met all of these people and it's really exciting." In his second year he realised how much of a horrible place it was to be, but found his own Shangri-La hiding out in the practice room with a music technology teacher named Thor who spent all his time on David Icke's website. Thor would say, "Alright Martin," and he'd say, "Yeah," and Thor would say, "Martin, promise me you won't ever take Tamiflu won't you?" It was from this man that he learnt to program hi-hats.

After school, Martin left his band and went to study philosophy at Birkbeck. During his last year of university, his mother passed away. The next few years are a blur. His first and only hit, "Janet," from 2016, is a heartfelt ode to her. When he shared the song, his old money-laundering manager commented, "I might hang myself." Strangers write to Martin all the time to talk about their own loss. The forthcoming video for "Janet," shot by artist Ciarán Wood, revisits Martin's childhood holiday home of Wheal Freedom and is at the same time beautiful and brutally sad.

Empty begins with "Reticence," co-produced by Lewis Roberts (Koreless), which is a version of another song from the album, "Reticent." Martin shares a studio with Lewis in Hackney Wick, a place he detests. Upstairs are some South African techno DJs he won't talk to. He likes to ride the overground to Westfield Stratford and dine alone in the World Food Hall, at Comptoir Libanais, or Crepeaffair, or Los Iguanas, or Tossed, there in the shadows of Boris's twisting red tower. He'd like to be a concierge in a beautiful hotel: "A weird person that knows everything but is also subservient." The original song, "Reticent," is a critique of people who compliment strangers in bars. His sound is best described as beached whales singing to one another on the sand, tummies bloated with plastic bottles and coffee cup lids.

Other album highlights include "Private Eye," about hiring a private eye who falls in love with the woman he's supposed to be spying on in Mexico; "First Floor," inspired by a Chris Morris sketch about someone who wants to jump 40 times from a first-floor balcony rather than once from a very tall building in case they change their mind. This is a song about failing to die. Another highlight is "Roof Party," which opens with the line, "I don't have a body, and I don't have a soul." "Roof Party" is inspired by the philosophical concept of mereological nihilism, which claims that nothing is a proper part of anything, and sounds like pure joy.

Martin has written with musicians like Tobias Jesso Jr., Nilüfer Yanya, Metronomy, and Jai and A. K. Paul. He claims that James Blake and Frank Ocean like his music. He loves Joan Armatrading, Todd Rundgren, Scott Walker and Stevie Wonder. His video for "Rattle," directed by Jacek Zmarz, is out now. All of Martin's videos tell a story of their own, a slightly different story to the songs, and have subtitles so that they can be watched without music. "They just take up more space on a website," he says, "that's why people like music videos. They're just bullshit, boring."