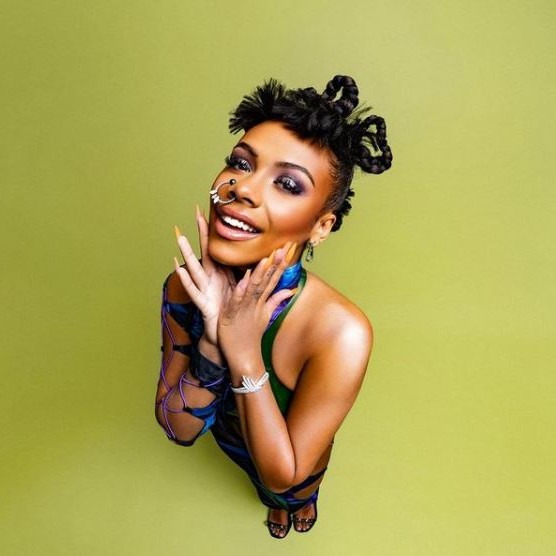 If Morgan Connie Smith commands the spotlight like a veteran star, it’s because she’s been preparing for this moment her entire life.

“When I was a baby, my mum told my dad she thought I was going to be a performer,” the Rudimental-approved singer-songwriter grins. “And they’ve always told me, ‘If you want something, go for it. Because if you're focusing on Plan B, you're not putting 100% into Plan A.’ They instilled that within me, and that's what's given me the drive to make it as a musician.”

With millions of streams, a clutch of big name collaborations and a major international arena tour already under her belt - less than 18 months on from her debut single - it’s fair to say the Watford-born star’s dogged determination is already paying off. And yet, as she continues to grow in stature with each release, it’s becoming increasingly clear that we’ve still only seen the tip of the iceberg in terms of the 21-year-old’s capabilities.

By her own admission, Morgan has been aiming high since the very beginning. Raised on the music of powerhouse performers like Rihanna, Michael Jackson, Whitney Houston, and Beyoncé, the idols Morgan took as a child ultimately informed the vast scale of her own ambitions. Music and performance were an integral aspect of her upbringing, be that via her experiences singing gospel in church every Sunday, or through the soundsystems and parties she regularly witnessed her dad MC. By the age of nine, she was pressuring her parents to let her enter national star searches, and spending all her spare time in her bedroom, writing songs.

As her talent grew, so did her determination, and by her mid-teens she was commanding huge audiences on Instagram with her mash-ups, and attracting the attention of artists like WSTRN, Krept and Konan and Rudimental in the process. It was the latter alliance that would prove pivotal in her career: wowed by her supple, soulful vocals, Rudimental reached out and asked Morgan to audition to sing live with them. It was an assignment she aced, and she found herself touring the UK, Europe, Asia and Australia with the band at the tender age of 18.

A year later, she starred on their single ‘Mean That Much’ alongside Preditah, before signing a development deal with them, following in the footsteps of their first protégé, Anne-Marie. Shortly after, she landed her first Radio 1 Live Lounge performance, in which she covered one of her own mash-ups, based on Koffee’s ‘Rapture’.

“I grew up on Rudimental,” Morgan gasps today, still clearly awed by their support. Under their tutelage, Morgan has gone from strength to strength, putting out another phenomenally successful collaboration with the band on the Digga D-featuring ‘Be The One’ (which became a chart smash, with over 22m streams) as well as a string of irresistible solo releases.

She announced her arrival as a solo artist with March 2020’s ‘My Year’. A playful blend of swaggering R&B and sparkling pop, the L Devine co-write found her bating haters with the assertion, “It’s gon’ be my year.” She set about delivering on that promise with the soulful, funk-infused ‘Sanctuary’, and Ebenezer-collab ‘Mulholland Drive’, which racked up five million streams and a top 10 placing in Spotify US’ New Music Friday playlist.

That October she upped the ante with Alien, a staggeringly accomplished debut EP created with collaborators including Anne-Marie and Cadenza (Jorja Smith, Mahalia). Serving up Rihanna-esque bops (‘Alien’) and trap-inspired torch songs (‘Let Go’) alongside heavy, hip hop sass (‘Hostess’), it cemented Morgan’s status as one of the UK’s most exciting and versatile young voices.

It’s precisely this ability to create commercial pop that simultaneously straddles edgier territory that has made Morgan such hot property in the drill world, called upon by artists like Rv, Abra Cadabra & Tion Wayne. Indeed, she seamlessly unites these two worlds on her latest single - the Jevon-starring ‘Behave’ - dropping silky bars over a drill beat by ZDot.

And this is only the beginning. Ask Morgan about her ambitions, and she’ll tell you of her plan to play stadiums, rack up platinum records, and become “one of the biggest British artists.” If one thing’s for certain, when that moment comes, Morgan will be ready and waiting.