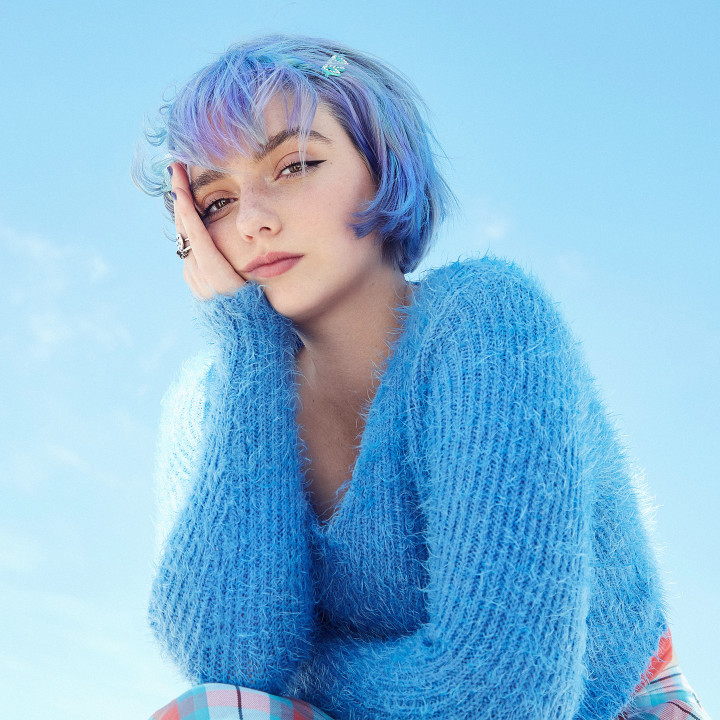 For someone so young, merci, mercy's life has been pretty full of highs and lows.

Spending her early teens living in the controlled chaos of Beijing and Thailand, merci, mercy moved back to Australia, living between Jindabyne in the isolated Snowy Mountains and inner-city Sydney. The alienation of an unfamiliar Australia and the social anxiety that came with it informs her sparkling, introspective debut EP, no thank you, no thanks.

With a name fittingly arising from merci, mercy's indecisiveness (unable to decide between spelling her name using an 'i' or 'y,' she went with a friend's suggestion of simply using both. She channeled her alienated detachment into writing songs, and put a demo online. That, remarkably, led to highly respected label Liberation Records (Vance Joy, Temper Trap, D.D Dumbo) getting in touch out of the blue.

A worldwide record deal ensued. "It felt like a dream," recalls merci, mercy, and soon she was working with producers Edwin White (Vance Joy) and Joel Quartermain (G Flip, Meg Mac), and crafting her debut single, 'Fucked Myself Up.' "Honestly. To be just doing my own thing, then working with Ed and Joel on this song was an amazing, life-changing experience."

That single, and the resulting EP, no thank you, no thanks, is a kaleidoscopic alternative-pop journey through anxiety and self-examination, swirling and evolving as its mood and vibe swings through exultation to darkness in equal measure.

"Living overseas helped me have a sense of perspective," merci, mercy explains. "It was when I got back that I felt more isolated. I retreated into myself, started having a lot of social anxiety and struggling with my mental health. Eventually, writing music helped me channel that into something productive, something creative."

Recorded from September 2019 into early 2020, working with various producers (White & Quartermain, as well as Dave Hammer, Chris Collins and Kon Kersting) in studios around the country, and mixed by the legendary Spike Stent, no thank you, no thanks sees merci, mercy scrutinising her own thoughts and actions, and trying to make sense of life in confusing times... at an age where everything is confusing enough already.

"It turns out all the songs are to do with relationships," merci, mercy admits with a rueful laugh. "With other people, with alcohol, with my anxiety, and with myself."

The feeling of irreverent, wry flippancy masking real worries that permeates almost every moment is, ironically enough, intoxicating and hard to forget.

There's the icy rush of 'Tequila & Lemonade,' a wild, hands-in-the-air celebration with plenty of the bite. Meanwhile, as far as career introductions go, few are as memorable as "Fucked Myself Up," a brutally honest track punctuated by an icy beat and line-after-memorable-line delivered in merci, mercy's dreamily-biting purr.

On the mesmerizing 'Fall Apart' merci, mercy explores not wanting to be in a relationship in order to save herself from the inescapable, inevitable heartbreak she spies on the horizon. The ruminative 'Wonder What It Feels Like' is a companion piece, that she calls "almost the opposite of 'Fall Apart.' It's me wondering about being in love, and having someone love me, and me spending my time wondering 'do I even deserve this?'

There are toxic relationships "with friends, with lovers," merci, mercy explains on the slinky, not-so-fragile- as-you'd-think synth-pop of 'Something You Like.' "It's how people judge you for decisions you might make in life," she adds. "But they're your decisions; you'll learn from them good or bad."

Spinning a tale of being abandoned by a friend "for a boy... when I was not capable of getting myself home," lays behind the biting tropicalia of 'The Very Very End.' It's the sound of, says merci, mercy, "the end of a relationship."

Despite merci, mercy anxiously vying with insidious self-doubt, as a debut release, no thank you, no thanks is a self-assured, confident totem to simply understanding that sometimes, life can get weird on you. And that's okay.

"I hope," says merci, mercy, "that people who hear this know that they're not alone in the way they're feeling in their life. I want them to think, 'Ok! I'm not scary, I'm not crazy: if THIS person feels like this too... then maybe the way I feel is fine.' Cos it is."

"That's what 'Fucked Myself Up' and a lot of this is about," she adds. "That it's okay to talk about that side of mental health. To not be ashamed of it, to shine a light on what we put ourselves through."

And when you can spin doubt and anxiety into something this fresh, something so brimming with emotion and just so, so, so alive -- on a debut, not less -- it's clear that, despite her youth, despite all her worries, and despite just a bit of self-sabotage, merci mercy is a talent to be reckoned with.