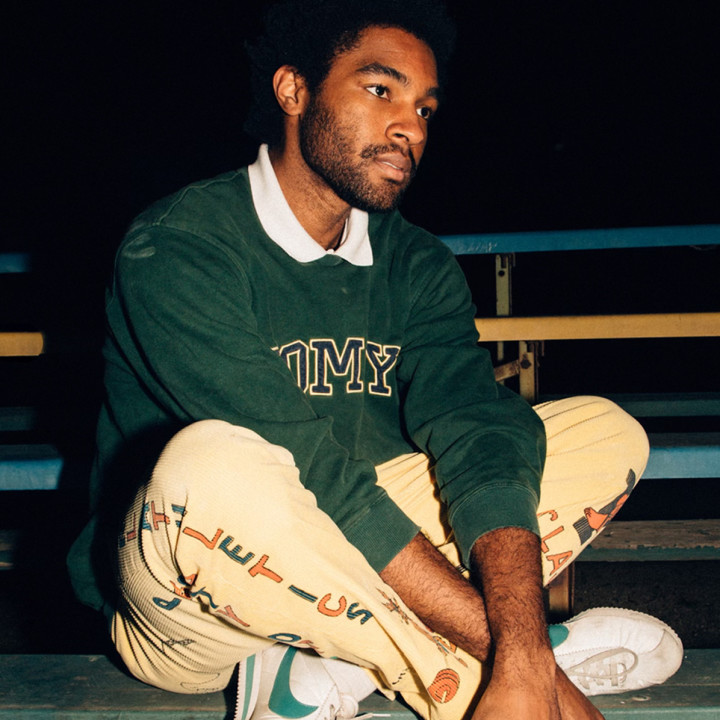 M.A.G.S. is the solo moniker for Buffalo-bred, Los Angeles-based artist Elliott Douglas. His style seamlessly glides between genres ─ from funky garage to minty alt-pop ─ and hooks you in almost immediately. His universal appeal feeds his success, and it’s never at the expense of his art. Elsewhere in his blossoming catalog, songs like “Mvp” and “Hi Tops” zig-zag from visceral, gnarly heavy metal to lo-fi folk-rock, respectively; his musicianship is a marvel to witness, each entry building on the last with refreshing acrobatics.

Out of Buffalo, Douglas was immersed in music at a very early age, self-teaching on drums, bass, and guitar. Drums came first, but he wanted to be more than a drummer. He wanted to write and perform songs. His brother had a bass, so “I used to teach myself when he wasn't using it,” says Douglas. “I also got a demo of Adobe Audition around the same time, and I started to mess around with the idea of simple songwriting and recording.”

He picked up his sister’s guitar around the same time, too. You could say the rest is history, but his journey doesn’t stop there. With both parents musicians, expression was an indelible focal point of his life. He eventually joined up for a three-piece called The Malones, as the resident bass player. Admittedly, the “local scene was a little dead at that point, and we got to be a part of starting a new wave of Buffalo bands,” he remembers. “It was definitely a lightning-in-a-bottle scenario, a perfect storm of the right people playing the right kind of music at the right time.”

To say he learned plenty about not only himself but his artistry is an understatement. Douglas, who stands far more self-assured these days, soaked in every moment and learned what it meant to collaborate. He also gained a wider perspective on genre and fuses such exciting, rich musical dynamics, and charm into his new work. That’s where M.A.G.S. comes into the picture. “A persona that I can put on and take off and put myself in a different head space to create and perform,” the moniker empowers him to greater heights. He released his first solo record in 2015, an EP called Cellophane, and his self-titled debut full-length arrived two years later. With his new batch of music, an EP titled Lost Tapes, dropped earlier this year, Douglas displays marked growth in vocal prowess, overall, musicality and lyrical bite.

Lost Tapes is just the tip of the iceberg to his forthcoming record, tentatively expected later this year. “This record is a chart of my personal growth over the last few years. I've worked a lot on myself and learned to love myself and those around me better,” he says. “It's acknowledging where you started, who you are now, and who you want to be.” While there might not be a specific arc or threadline, the record documents his personal evolution ─ themes of self-love and empathy are woven into the set’s fabric. “Every song is its own pocket universe, and they are all tied together by similar themes and the feelings they evoke,” he explains. “With that in mind, I wanted to pay a lot of attention to the lyrics, and thought it was important to be a little more vulnerable in order to achieve that lyrical growth.”

“Smile” and “Sunrise” dropped late 2020 and both are accompanied by incredible visuals now available on YouTube. The next single is “Choked Out” on April 16th. A retro dream pop / alt rock banger full of euphoric highs and angsty lows that “make you feel like you’re at a fork in the road”. There will be a total of five single’s ahead of his debut album “Say Things That Matter”, which will be released August 13,  2021.

In growing his fan base, Elliott plants his feet in building a sense of community through his art. “I feel like it's my job to make people feel as if they're a part of something bigger and helping them to look inside themselves, and hopefully be able to then have an easier time relating to others,” he says. “We all go through such similar experiences, and I hope to one day build a community full of people who care about each other and anyone can feel welcome, seen and understood.”