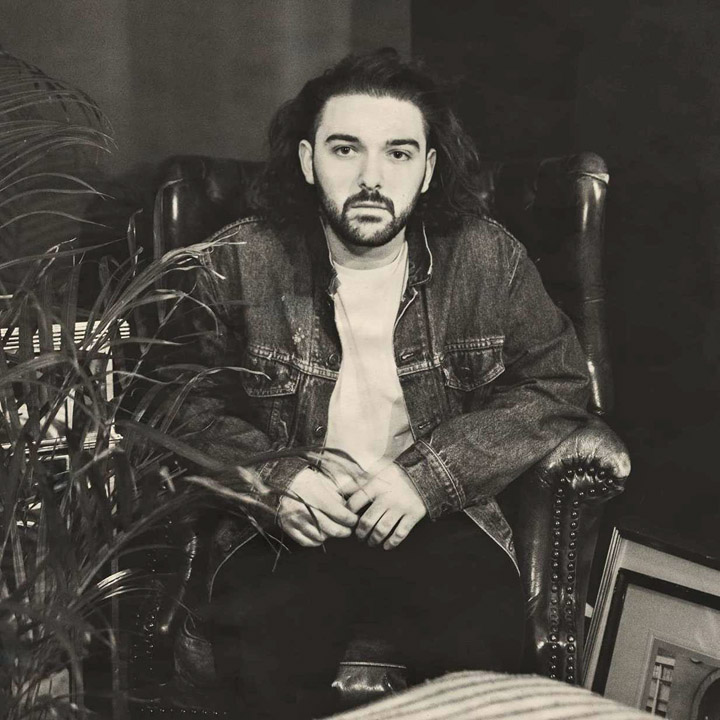 Luckie Lottari, also known as Luckie, is a 24 year old self-proclaimed "drunk romantic," born and raised in London. Born in Tottenham to the sounds of the Beach Boys, Luckie's earliest musical influences come from a world he never saw first-hand. The talented storyteller from a Greek/Cypriot family who've been kicking around North London since the 50s notes being rocked to sleep as a child to old Elvis records and raised in a world cut with grime narratives.

It's this contrast that makes Luckie so unique, he's an old school balladeer with a lyrical voice for today.

His music hones in on his experiences thus far, and the questions he has surrounding religion, life and loss.

Being a true artist, Luckie has always relied on his impressive writing skills to make sense of his surroundings. His conversational detail (even lazy at times) and gravelly vocals are rich with painful honesty and jailbird philosophies.

Luckie's adolescent years were a confusing time. An old soul in a hyperactive body, he is just another of the army of young men who were never taught to express themselves. Living recklessly throughout his teens led to addiction and a constant flurry of city energy left him dazed, gravitating towards damaged souls and trying to mend the cracks in other people that he couldn't seem to diagnose in himself.