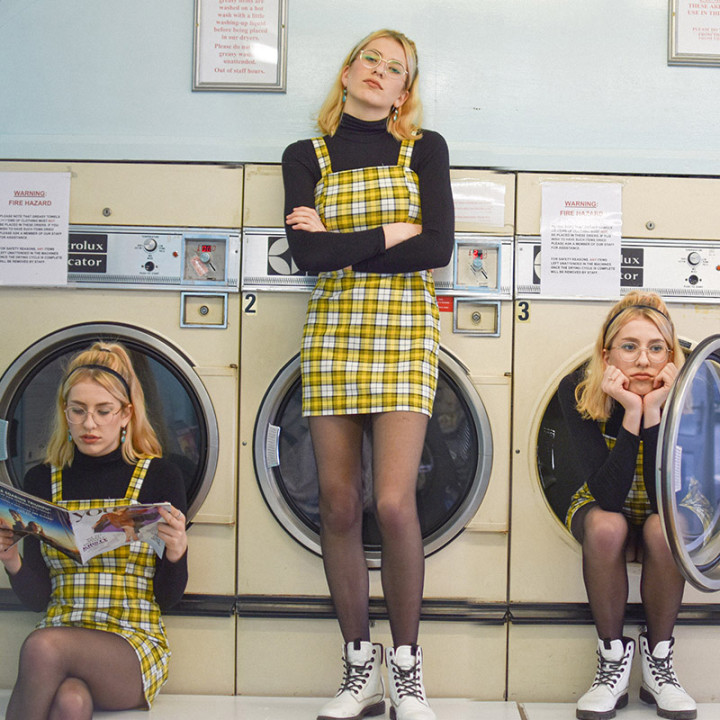 Inspired by the vulnerability of Carole King and Nina Simone as well as the everyday relatability of Madness, at just 19 years old Josie is taking all these formative sounds and experiences somewhere new. And like those song writing greats who inspired her, it's Josie's multi-faceted approach to her craft -- where the production, visuals and compelling storytelling all go hand-in-hand -- that make her truly exciting.

Of "Sliced Bread," Josie explains: "I wrote 'Sliced Bread' when I was 16 about how I hoped that I would cope with a breakup. I wrote the song as an ode to all the other women who, like me, deal with most situations in a messy and 'unlady-like' manner! I wanted to write about me 'oversharing' with people in the pub, about me being completely incapable at most household chores, and about me moving forward with no judgement, in a way that made it normal and mundane. It's a breakup song that isn't about crying into your pillow and burning photos of your relationship."

Garnering instant validation from Gen-Z internet, Josie's song "BTEC Lily Allen" immediately went viral across Tik Tok to rack up over 360K views and 90K likes, thanks to the track's universally relatable message of not giving in to hateful criticisms and learning to be your own biggest fan. In a sweet moment of victory, Josie now also counts the actual Lily Allen as part of her rapidly growing fanbase, who has shown support to Josie and the song.

Her instantaneous Tik Tok fame has already sparked numerous cover versions -- proof that she's a future emotional hero in the making for the younger generation with her sharp, amusing storytelling capturing everyday experiences and turning them into exciting, light-hearted forms of escapism.

Josie Proto is an exciting new name to emerge in the Britpop scene -- expect much more to come.