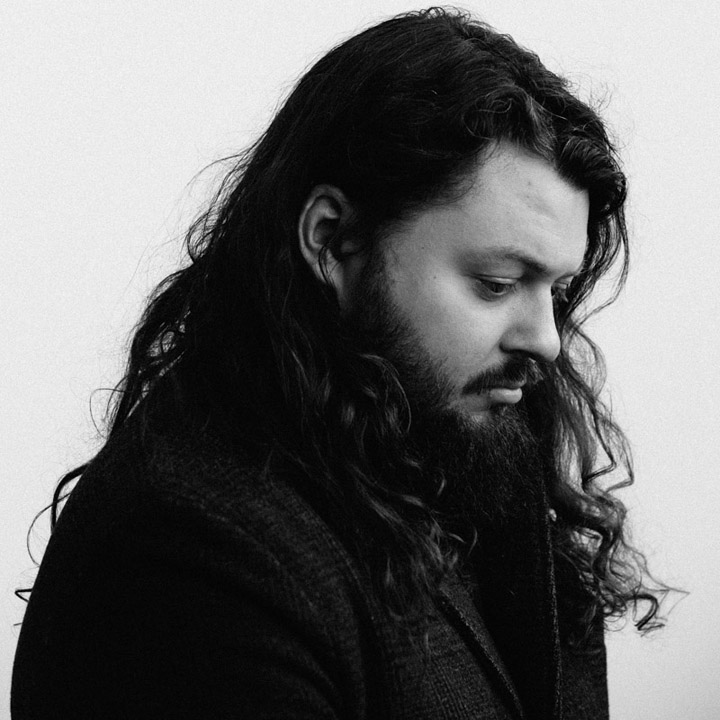 John Joseph Brill releases new single 'I'm Not Alright' through Kobalt on February 22nd. Taken from the EP of the same title, which will be released in Spring 2017, 'I'm Not Alright' is a progression in sound for Brill with its 80's sensibilities, though his warm baritone timbre and the soul-bearing intimacy and sonic intensity of his previous oeuvre are still the mainstay.

Andrew Davie of Bear's Den has both produced and performed on the EP, alongside his band mate's and John's usual collaborators. Speaking about working together on the EP Brill says "We're old friends and for a record this personal I wanted someone I trusted to take care of my songs. I'm delighted with what we were able to create."

Delving further into the inspiration behind the single, John Joseph Brill explains "At the time of writing the song I'd just been through a break-up and found myself broke and with nowhere to live. And while superficially that's what the song's about, it grew into something deeper for me. These are strange and uncertain times and I really believe that no matter what your story is, everyone should feel like if they need to, they can raise their hand and say "I'm Not Alright" and for that to be OK."

Having spent his early 20s fronting London based heavy rock outfit Burning Beard, John Joseph Brill established himself as a mainstay of the West London music scene. The same musical community that bred The Staves, Laura Marling and Bear's Den heavily influenced Brill to explore a more confessional, honest form of songwriting and in 2013 he left his former band and the capital and moved to Liverpool. There he honed his craft as a solo artist, immersed in the oeuvre of Leonard Cohen, Jason Molina and Neil Young he began writing and performing, in his unique baritone style, songs about everything from heartbreak to death and friendship.

John Joseph Brill has now released two critically acclaimed EPs, amassing over to 1,3 million Spotify streams. The first, the Pieces EP, (produced by Andrew Davie of Bears Den and Kristoffer Harris) laid a foundation at radio with support coming from Radio 1, 6 Music, Radio 2 and Radio X as well as in Europe. Lead single 'Muscle And Bone' featured as Q's 'Track of the Week,' Clash's 'Track of the Day' and received widespread blog coverage. 'False Names,' the second of the two EP's, continued to build increased support at radio and online and spawned European support slots with Daughter and Bears Den, topped off with a sold out headline show at St Pancras Old Church and a support with Carole King at Hyde Park's British Summer Time.

At home in the U.K, John has sold out headline shows in multiple major cities and has supported Richard Hawley, Jenny Lee and Nick Mulvey. All this in addition to key slots at Reading & Leeds, Secret Garden Party and Wilderness as well as packed rooms at 7 Layers and Reeperbahn have made for a very exciting 2016 both in the U.K and Europe for the brandy-warm baritone songsmith.

"Brilliant stuff... [Muscle & Bone has] had such a strong reaction" - BBC Introducing

"Brill's short-player (False Names EP) features four moving tracks, sodden with reverb and rich baritone -- it's an endlessly emotional release that has the power to send violent shivers up your spine. Coupling potent lyrics with a complex voice, Brill presents an EP that drifts between post-punk, folk, Southern Gothic, and acoustic pop." - The Line of Best Fit

""Kings" confronts the notion that our youthful hopes for our future selves aren't always realized, and does so through a vibratory, deep baritone voice unlike any we've heard since The National. The song eventually crescendos into a layered ball of energy, before dropping out and going nearly silent, nothing but Brill's deep (but vulnerable) voice remaining." - All Things Go

"There's no way to deny that John Joseph Brill bares his soul throughout the intimate yet cinematic new single 'False Names.' Brill's brandy-warm baritone pays homage to a friend, while his powerful use of doom-folk instrumentation honors the music John Joseph once secluded himself to, finding refuge in Neil Young, Leonard Cohen and David Bowie." - The 405

"John Joseph Brill has a tendency towards soul-bearing honesty, towards heart-yearning melody. A true original, new single 'False Names' is a case in point. Easy on the ear but devastating in its approach" - Clash

"I am certain that John Joseph Brill is on the way to fame, fortune and people globally referencing him like John Grant and Father John Misty." - Popped Music

"The songs themselves, though, are not the soft, fragile pieces you might expect given the subject matter, but instead have energy and drive that reflect the raw and powerful emotions behind them." - For Folk Sake

"Forthcoming release Kings soars into the stratosphere on the back of a sledgehammer chorus, the Merseyside troubadour's voice oozing with its trademark clarity and character." - The Upcoming