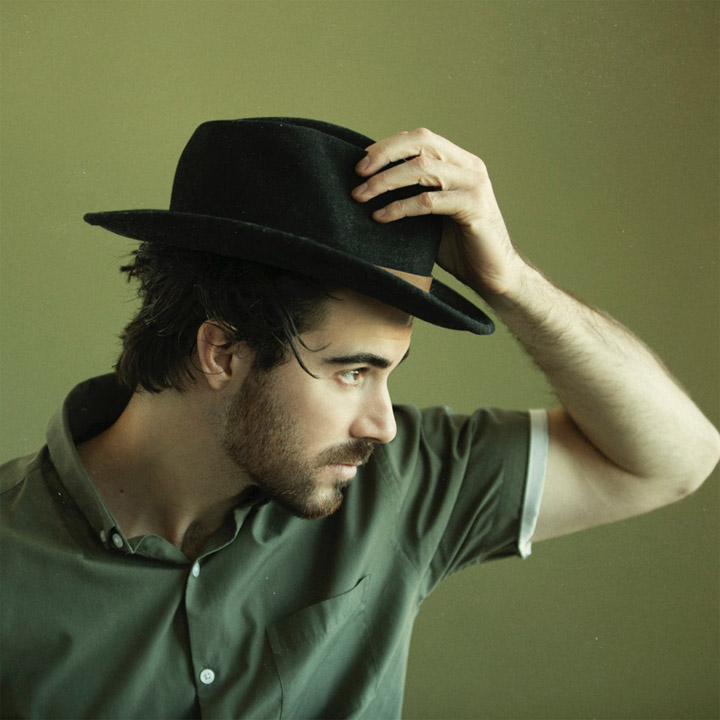 When Sydney, Australia-turned-L.A.-based singer/songwriter/multi-instrumentalist Joel Taylor was born, the doctor turned to his mom and asked about his name. “Like Billy Joel? Is he going to be a piano player?”

Given his birthright, it’s no surprise the answer to that was in the affirmative.  Taylor’s grandfather, Kevin Jacobsen, learned to play boogie-woogie piano from Jerry Lee Lewis, performing with his brothers in Col Joye & the Joy Boys, one of Australia’s very first rock bands in the mid-‘50s, before becoming a noted manager, concert and tour promoter Down Under. Joel learned to play New Orleans stride from his mom – who learned it from her dad -- following in the tradition of Fats Domino, Professor Longhair, Dr. John, Ray Charles, Elton John and his namesake.

“’New York State of Mind’ was the first song I ever learned to play,” says Taylor, whose father was a cabaret lounge jazz singer that fronted swing bands in the mid-‘70s.

Like his song, “Two Sides,” Joel is caught between his Australian legacy and his adopted home, leaving at the tender age of 18 to seek his fortune in Hollywood, where, again like his idol, plied his trade at local piano bars for a hundred dollars and the contents of a tip jar, interspersing his own originals with standards.

Joel describes the odyssey in another self-penned tune, “Moment’s Notice,” a plaintive gospel hymn that tells the story of why he left his homeland to start with a blank slate in America, where he made the kind of connections that led him to a successful stint as a session and touring musician, filling in for his teachers’ assignments.

His credits include a stint as bandleader/keyboardist for The X Factor Australia, where he performed with Good Charlotte’s Benjy and Joel Madden, the first Australian Idol winner, Guy Sebastian, Leona Lewis and Westlife’s Ronan Keating.  He rented a room in Echo Park with noted guitar-maker to the stars James Trussart, where he was solicited by Black Crowes’ Rich Robinson to sit in for The Doors’ ailing Ray Manzarek to play keyboards alongside Robby Krieger and John Densmore to mark the band’s 50th anniversary of playing the Sunset Strip.

It was gigs like that, along with an appearance before a crowd of 100,000 at an Australian football championship and sitting in with the likes of LP and Jamie N. Commons that convinced Joel to step out front and launch a solo career.

An introduction to producer Tony Berg (Andrew Bird, Weezer, Everlast, Michael Penn, The Replacements) led to new songs like “Eyes Set on You,” a sensuous Memphis-style R&B croon in the tradition of Al Green and Van Morrison, complete with the crackle of vinyl. Another new song, “What Good Is Love,” was a rare collaboration for Taylor with Mike Mack, who was going through some tough times and had the title, while Joel filled in the rest of the narrative with a spontaneous improvisation that had his co-writer in tears.  Not just a talent on the ivories, Joel Taylor’s prowess as both a singer and songwriter makes him that rare triple threat.

“Two Sides” is a song which Joel explains is about the two different aspects of his personality. “On the one hand, I’m a very easy-going, gregarious Australian who likes to have a good time,” he says. “But I can also be quiet, extremely introverted, brooding and stuck inside my own head.”

Those “Two Sides” are expressed in the juxtaposition between the recorded version, on which Joel plays all the instruments, except drums, a big full-throttled production, and the video, directed by Courteney Cox, with Taylor all alone on the piano, shot at the new Hollywood magic-themed bar Black Rabbit Rose. Both “Two Sides” and “What Good Is Love” were recorded at various studios on the East Side of L.A., and mixed by the legendary Bob Clearmountain, whom he met through Berg.

Committed to making it his own way in his adopted home, Joel Taylor has spent his time in Los Angeles building up to this moment.  Another reflection of those “Two Sides” represents an Australian who has made a name for himself his new environment. “I don’t think I’m ever going back,” he sings in “Moment’s Notice.” “I don’t think I can face it.”

“The ceiling is so much higher here,” says Joel about making it in America. “It’s like playing in the ocean rather than a pond. I have a clean slate. This is the pinnacle.  I’ve always had my eye on the prize here. I didn’t know how I was going to make it, but I knew I would.”

It’s time for the rest of us to find out what Joel Taylor is all about.