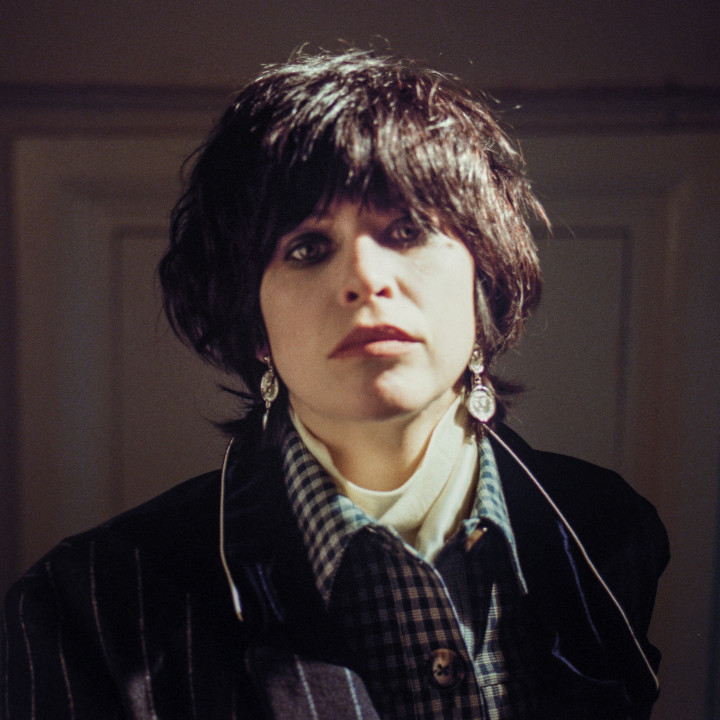 Hayley Mary; a wee pocket rocket with the voice of a giant angel. A bona fide persona with no shortage of past achievements, but they are not why we are here. Superstars live in the future.

The Piss, The Perfume, the singer's debut EP, was written mainly while Hayley was working in Smith's Deli, ("the best caff," according to one local taxi driver, in Edinburgh). She and her partner, Johnny, relocated to the Scottish capital last year to live "the simple life" and explore the countryside of Hayley's motherland. "I got very in touch with my heritage living there and feel like I grew into myself a lot." However, it was a year earlier in Melbourne that the initial spark for the solo record burst forth. "I came home after a bad day and told Johnny I was going to give up songwriting for good. He picked up a guitar and started chasing me round the house, yelling 'write a song to this!' The lyrics that came out were a sign that giving up was not an option, 'because I'm a brat and I want more.'"

The EP is an extended expression of that desire. It's title track, designed to turn a page between two eras of Sydney life, has all the optimism and irony that nostalgia can afford. "I find bitterness through love and I find, through bitterness, true love." 'Like a Woman Should' continues the contradiction of attitudes, disguising a heartfelt love song written for a real and life-affirming man, as a social commentary about the conceptual collective fear of the so-called 'toxic men' we are ever reminded may be looming. "Your love is a sweet thing the anger in me chooses to ignore."

Produced by Scott Horscroft (Silverchair, The Presets, Tkay Maidza, Middle Kids), The Piss, The Perfume fuses Americana, Australiana and punk songwriting with Motown inspired rhythms and soaring vocal style. "I told him I'd always wanted to make a record that sounded like a memory of your parents dancing in the kitchen but your parents are Cyndi Lauper and Roy Orbison. I think he nailed all that and also managed to glue five fairly disparate songs together into a cohesive and contemporary whole.'Ordinary Me,' a ballad inspired by a love of Celtic melodies, shares the space easily with 'Brat,' a punky screamer on the opposite end of the aesthetic and thematic spectrum."

Of all the tracks, Hayley maintains that 'Holly' best encapsulates the things that made her start writing and keep writing. "I just always want to recreate the feeling I felt when I was four and I first heard 'Joey' by Concrete Blonde. It transported me beyond my years and experience to resonate with this tragic alcoholic man passed out on an American floor somewhere, as his ex-girlfriend sang, 'Joey, I'm not angry anymore.'"

"I tried for years to write a song that would make people feel the way that song made me feel. This EP is me keeping on trying, but it's also something a little more selfish too. I haven't been singing as much as I'd like to recently and I feel lost without it. I needed to get back in the studio and onto the stage. I was born to sing, so I'm gonna."