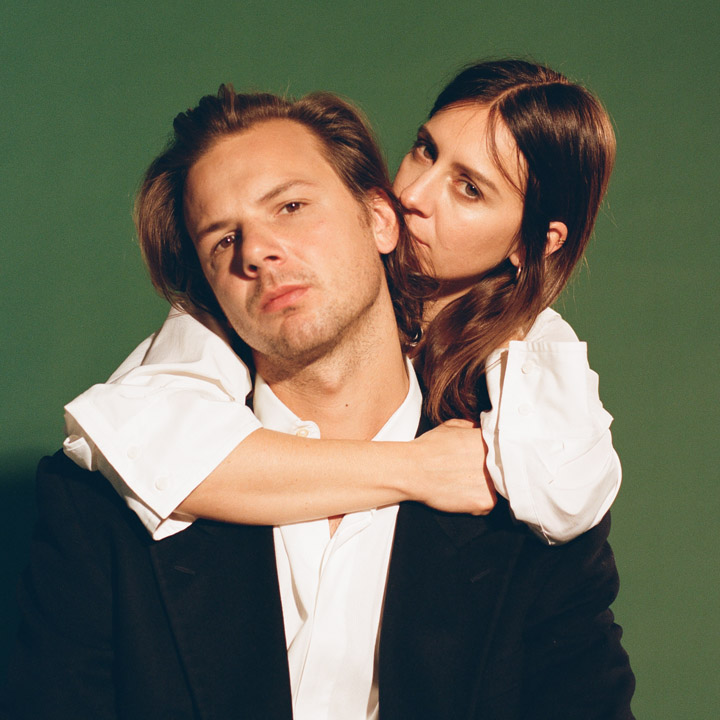 Ultimately, HAERTS’ sophomore album, New Compassion is a story of transformation and unwavering persistence. But that isn’t where it started. With eleven songs that each take a unique look at the spectrum of love, New Compassion began in a self-therapeutic manner of recovering from an unfathomable healing loss, leaving the band asking, “what we are giving the world?”

Following the release of their 2014 self-titled record, which featured their breakout hit “Wings” and gathered praise from NPR, New York Times, Pitchfork, NOISEY, Billboard, and saw the band secure festival slots at Coachella, Governor’s Ball, Bonnaroo, Austin City Limits, HAERTS found themselves unexpectedly dropped from their major label deal and wandering through a personal and musical breaking point. Feeling exposed and disordered by the sudden feeling of falling and the anxieties that accompany a new start in life, the duo - Nini Fabi and Benny Gebert - left New York City for the isolation of the Hudson Valley, choosing busy hands over lingering sorrows. Longtime kindred souls set out to freely create something, regardless of outcome, unsure if anyone would ever hear the finished product. They filled the voids they felt with the only gifts they still controlled and healed themselves through the process of writing, recording and self-producing an album that echoed the path they took to create it.

“The album is us,” Fabi reflected on the creation of New Compassion. “It’s about our past three years. It’s an expression of our love and love in general. The power of love, the sorrow, and the transformation. We started writing it in a time that felt very heavy to us, that held both a beginning and an end, and it became a way of communicating something (between us) that we could only communicate through the music.” As a result, New Compassion possesses a wisdom that comes only through the experience of breaking, then healing. Uniquely authentic and candid, it clings to a shift in sound that mirrors the band’s change of heart with a steadfast stubbornness and an unapologetic, white-knuckled grip. Using New Compassion as a means of restoration and individual rejuvenation, the duo embraced their heartache, breathing in the weight of the broken moment and exhaling with new, recycled hope.

Despite the notion that no one beyond the band’s inner-circle would ever hear New Compassion, the rawness in the emotions felt have started to swell and gather early champions. Arts & Crafts offered them a new home and NYLON, Refinery29, Paste, Seventeen, and BuzzFeed have praised the album’s title track, “New Compassion.” Additionally, Season Kent, the music supervisor for the hit Netflix series 13 Reasons Why, selected “Your Love” as the pivotal track for a powerful montage sequence in Episode 6. With the soundtracks release, the anthemic single, which Noisey described as “raw and honest,” quickly gathered 6 million streams worldwide.

So, with the release of New Compassion on October 5th on Arts & Crafts, HAERTS will decisively answer the question that they found themselves asking the most in that Hudson Valley cabin: “what we are giving the world?”

In the end it turns out it was themselves.