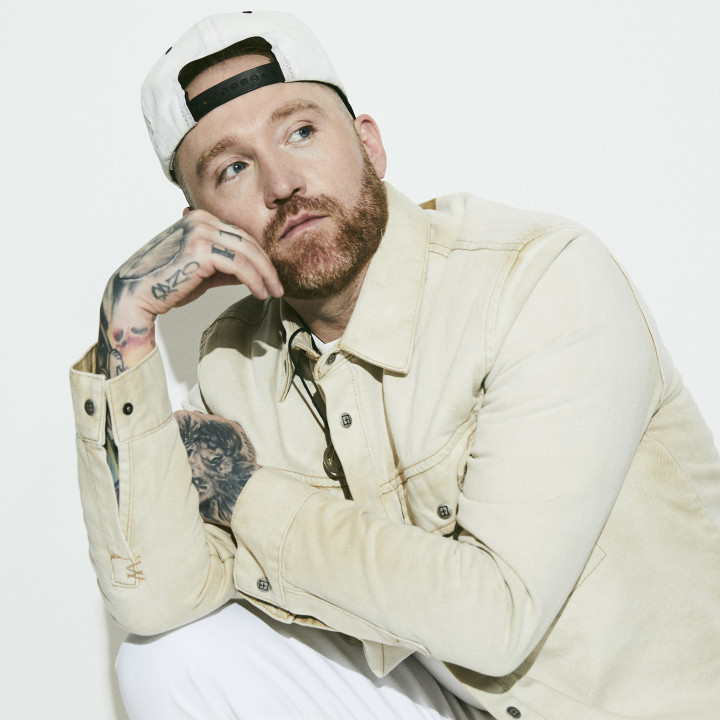 Forest Blakk wants you to experience his chaos. The Canadian singer-songwriter is ready to share the deepest parts of himself and challenge his audiences to do the same. He describes it as urban folk, mixing the tranquility and peace of folk music with the chaos and pulse of the city. Says Blakk about chaos: "It's like a hurricane passing over you and it's destructive and it's challenging and it tests every part of your soul. But then the eye of the storm rolls in, and it's the most beautiful and tranquil state." In order to create his expansive, emotional and goose bump-inducing songs, Blakk stands in the eye of his own storm, drawing on raw emotion and his need to connect. "When you get an audience to sing back to you, it becomes a conversation," Blakk says. "It's the most beautiful part." Everything started when Blakk's grandmother gave him his first guitar at the age of 15. With his father in prison, he'd been living on the street. She took him in. While Blakk said he's sure his grandmother wanted him to be a doctor or a lawyer, it was the guitar that would ultimately stick. "It was almost like a key to a lock I didn't know I had," he recalls. "When I opened the lock, I sang. And when I sang, that was it." From those first moments with the music that would eventually become his life, Blakk continued to develop and grow as an artist. He found considerable success with his previous band, earning a Juno nomination and playing for audiences of thousands. But it never quite felt right, or finished. "For the first part of my career, I didn't really understand what it was I was trying to do," Blakk said. "Now, there's more of a purpose to it. I'm starting to understand my own truths." Enter Forest Blakk, a new name to match his self-discovery. "It's always been me," Blakk says. "Forest Blakk is who I've always been." Walking through the Black Forest while on tour in Germany -- inspiration for his pseudonym -- Blakk said he was captivated by how the forest could be both haunting and beautiful. It's a feeling he's tried to work into his music. Blakk's first single, "Love Me," has been turning heads everywhere it's travelled with its big sound and raw, pleading vocals. "It's my version of truth," Blakk says. His truth is music that is at once vast and intensely intimate. Combine the stadium-filling sound and lyrical prowess of Hozier with the delicate melodies of Vance Joy and the emotion of Sam Smith. It's a soundscape that encompasses and caresses with haunting melodies, powerful percussion and intricate guitar. Above all, it is Forest Blakk's honesty that rings out through the music and, he hopes, into the hearts of his audiences. "You can't lie on stage," he says "And I want them [his audience] to feel the truth," Blakk says. "I want to evoke those raw emotions. I want them to feel empathy. I want them to feel everything with me." - Erika M. Stark