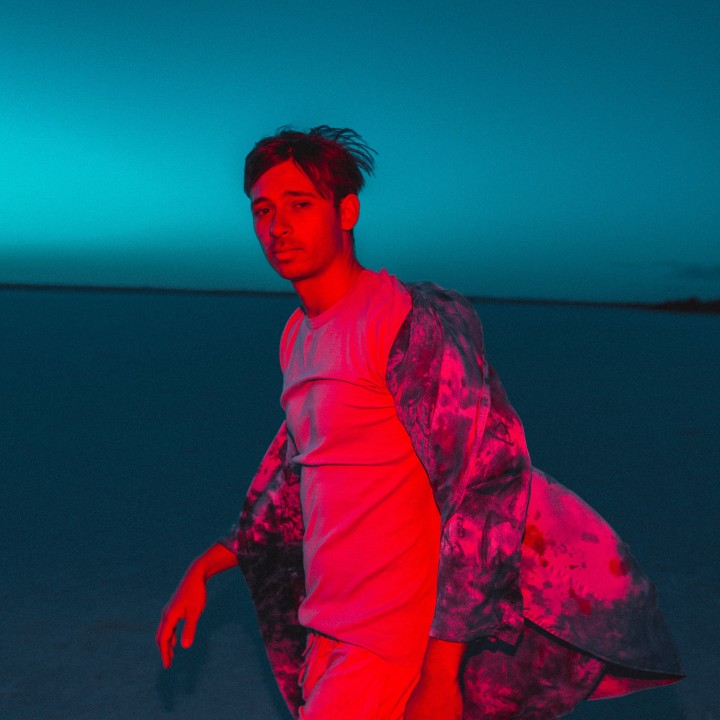 Flume (born Harley Streten) rose to prominence as a teenager with his scene-starting self-titled debut in 2012. Featuring the hits “Holding On,” “On Top,” “Sleepless” and others, the album topped the ARIA charts, garnered four spots in triple j’s Hottest 100 and sold out a massive Australian 40,000 cap tour. In the two years that followed, Flume established a name as a serious international contender thanks to his compelling live show (debuting at Coachella, Lollapalooza and many others) and skillful remixes of high-profile acts including Lorde and Disclosure.

After a series of well-received collaborations (Lockjaw EP with Chet Faker [2014] and Some Mindswith Andrew Wyatt [2015]), Flume released his second LP, Skin. Launching with the blockbuster hit “Never Be Like You” featuring Kai, and topping the ARIA Chart on release, the album reinforced Flume’s status as an inventive, boundary-pushing producer while simultaneously reaching huge new audiences around the world. That year, Flume topped triple j’s Hottest 100, won seven ARIAs, an APRA Award for Songwriter of the Year and sold over 300,000 tickets globally across a sold out 59 date world tour. He achieved platinum accreditation in multiple territories around the world and took home his first Grammy Award for Best/Dance Electronic Album.

In March 2019, Flume shared Hi This Is Flume, a 38 minute mixtape and his first music since the widely-acclaimed and globally successful LP Skin.

The mixtape showcases Flume's talents as a pioneering electronic producer, one admired for exploring and melding complex sounds and making them sound like they've always existed. It's accompanied by a striking visualiser directed by Harley's friend and collaborator, Jonathan Zawada.

A global tour followed the mixtape, starting in North America with Lollapalooza, Outside Lands and two sold out Red Rocks Amphitheatres before returning home via Asia to headline Listen Out festival across Australia, followed by a headline run in Europe and the UK.

This touring has been punctuated by a steady flow of new music - the Quits EP with LA-based singer Reo Cragun, "Let You Know" featuring London Grammar and most recently "Rushing Back" with fellow Australian Vera Blue.