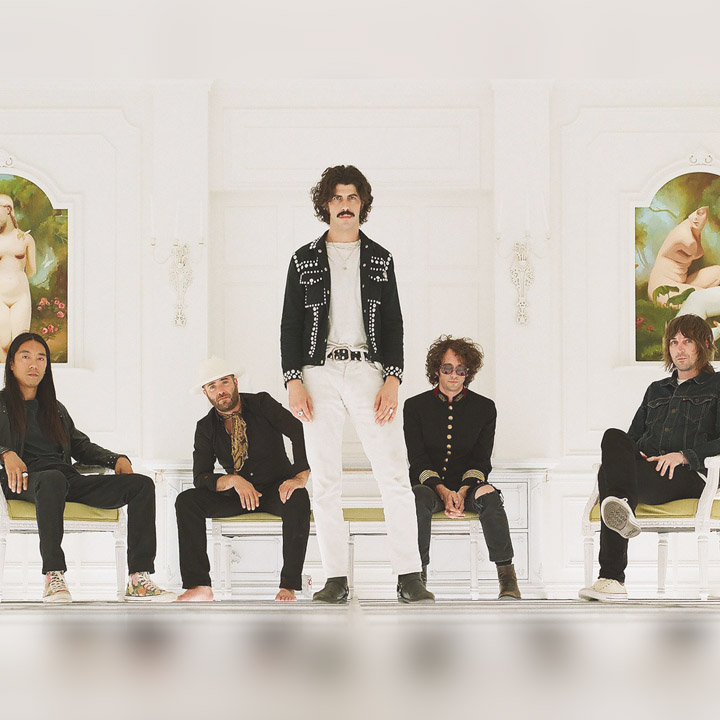 At the end of 2016 the world seemed to be headed for a total meltdown. The Los Angeles hills were on fire, there we're mass shootings in nightclubs, Zika virus, water crisis and worst of all somehow a television clown had been elected president. In the midst of these crisis' a couple of jam sessions took place between Josh Landau from The Shrine and professional skateboarder Don "Nuge" Nguyen. They instinctively delved into heavy, psychedelic riffs that would last 30 minutes. On a weekend bender in New York City, Josh played an acoustic demo of a short, fast, 2 minute power pop sort of song titled "She Says Goodnight When She Wants To." Deciding that this style would be something unexpected and totally fresh for both of them, when they returned home to Los Angeles they enlisted their regular wrecking crew of Jordan Jones on second guitar, Ben Brown on synth and Wilder Zoby on drums. Their debut show was a private festival in early 2017 hosted by photographer Atiba Jefferson titled "Last Night," where they played alongside Future Islands, Animal Collective, Explosions in The Sky.