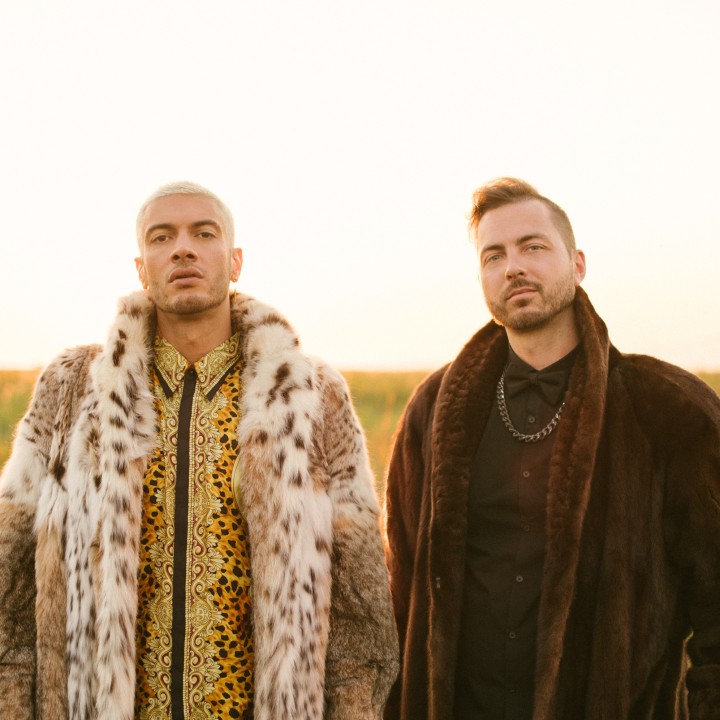 Since 2010 DR (aka Dirty Radio) have been crafting a satisfying synthesis of progressive soul, R&B and electronic music. With their diverse musical influences, the multi instrumentalists and producers have been working tirelessly in their studio, racking up impressive SoundCloud and Spotify numbers and dropping tracks for such iconic labels such as Spinnin', Partyfine, Majestic Casual and Mad Decent.

Originally formed as a production trio consisting of Shadi, Waspy and Tonez, the group has since evolved their live show, with Shadi and Waspy taking the stage as an electronic duo. Their rich musical backgrounds have equipped DR with an undeniable ability to light up a crowd. Shadi grew up studying jazz and playing soul and R&B while Waspy was playing drums in punk and metal bands. This distinct history gives them a unique perspective on how they approach making music together. Starting with Waspy's beats and building from there with Shadi's hypnotic melodies, DR is hands on with every aspect of the creation and production of their work. This attention to  detail has enabled DR  to collaborate with respected producers and DJs from around the world. Tracks with Young Franco (Australia), Mike Mago (Holland), Jean Tonique (France), Favulous (Italy), Sleepy Tom (Canada) and Just Kiddin (UK) have garnered online love and international airplay from radio stations such as BBC Radio1Extra and JJJ Australia.

After spending the last couple years sharing the stage with such luminaries as Dragonette, Funk Hunters, Miami Horror, k-os and Lights, this next year will see Shadi and Waspy breaking out on their own to tour Europe and the US. Getting out of the studio and sharing their songs live is very important to the duo. With 20+ million streams and counting on Spotify, their sexy soul drenched R&B and pulse pounding dance floor bangers have clearly been turning heads.