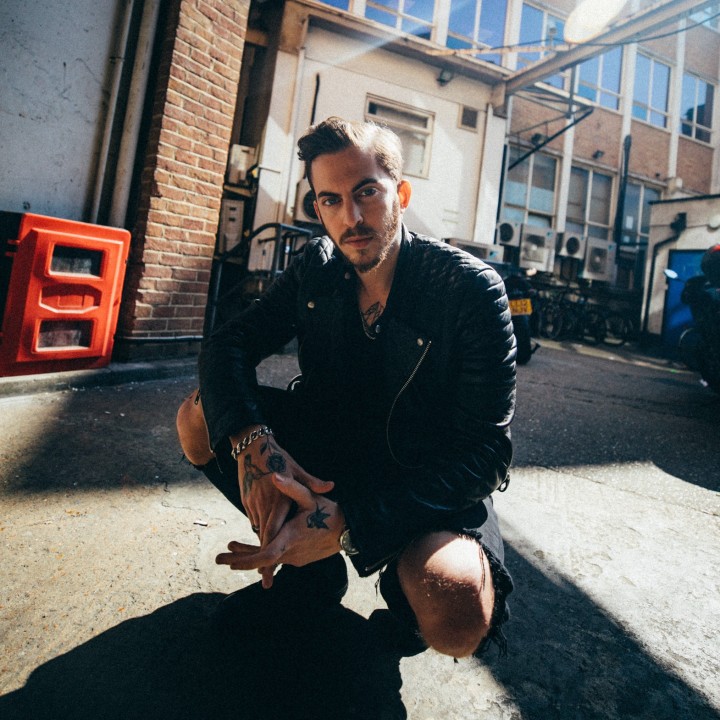 His hit single “Nevermind” has become a global phenomenon amassing over 1 billion streams, is platinum in eight countries and reached #3 on the alternative radio charts in the US.The genius is in the music’s almost mysterious versatility - it crosses genres and employs a sense of emotional complexity while remaining minimal.

He learned the trumpet at age 8 and the classical guitar at 13. While on a trip to the US in his early teens, Dennis recalls buying his first microphone that he quickly put to use recording original music from his bedroom.

For high school, Dennis attended Thelma Yellin Art School where he studied jazz, honing his technical skills, specifically that of the trumpet. After art school, Dennis enlisted in the army where he served for three years. He then moved to Thailand in 2015 in search of a creative haven.

Basking in the quiet space of a single bedroom apartment in Bangkok left with no wifi and only his instruments, laptop, and a microphone, Dennis spent one year creating. It was during this time that Dennis composed and recorded approximately 40 songs, including “Nevermind,” written about a Colombian woman he dated while in Bangkok. After self-releasing the record in 2016, “Nevermind” began gaining traction on Spotify eventually peaking at #17 on the Global Charts.

In February 2019, Dennis released his followup, “Never Go Back”, which is a direct continuation to Nevermind. “Never Go Back,” listens even more like a viral chameleon than its predecessor mega-hit “Nevermind.” Never Go Back comes as part of his debut EP, Exident, which tells the complete story of Dennis’ relationship with his colombian ex-girlfriend. Exident has accumulated more than 150 million streams and “Never Go Back” has charted in many countries, including Germany, Switzerland, France, Austria and #1 in Israel.

Dennis supported his debut EP with his second sold out tour - Never Go Back Tour, which saw stops in 25 markets across North America and Australia. His shows, specifically in Tel Aviv, have been growing exponentially as well. In 2017, he was playing a 250 capacity venue and by 2018 Dennis sold out multiple nights at a 2500 capacity room in minutes. Dennis is currently gearing up for his second tour across Europe, “The Never Go Back Tour”, where he plans to make stops in 20+ European cities.

With Dennis composing, writing, performing, and producing every inch of his records, the level of thought and emotion put into each note is undeniable, while the melodies are brilliantly simple and irresistible. Without a doubt, Dennis Lloyd has and continues to become a global artist with a reach far beyond his bedroom in Tel Aviv.