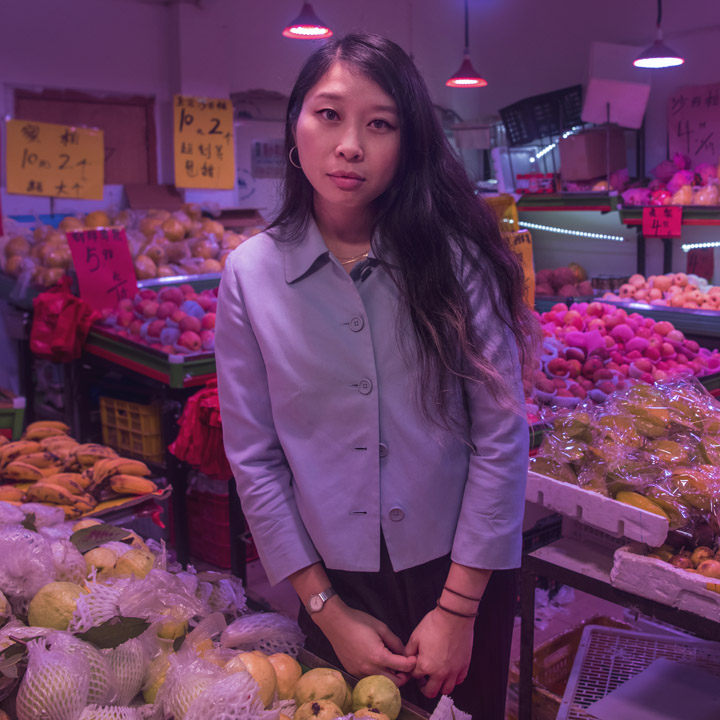 If ever there was an artist who best espoused the mantra of "think global, act local," Cindy Li -- best known to the world as Ciel -- would be it. Ciel's star has risen within the electronic music scene precisely because she embodies this duality. Her technical finesse and omnivorous tastes as a DJ at the fringe of cutting-edge club culture has been shown off in some of the world's best venues. Simultaneously, her reputation has been bolstered by a single-minded resolve to bettering her adopted home of Toronto. Add an armful of popular, sparky dancefloor hits as a producer, and this triple threat has made Ciel one of the most hotly-tipped and, crucially, deeply respected breakouts of recent years.

Ciel's outward influence began in earnest in 2015, putting together parties with a conscious aim to instigate and re-enforce positive change. First came Work In Progress, an extension of her radio show in both name and M.O. to improve female representation in the scene. Elite underground favourites such as DJ Sprinkles, Aurora Halal, Powder, DJ Haram soon passed through Toronto as a result. From there, the larger-scale It's Not U It's Me series emerged, co-run with friend and follow Toronto staple Gingy. Their focus was on bringing world-renowned talents such as Ben UFO, Helena Hauff and Claude Young to Canada's capital in off-piste locations that still prioritised clientele safety. As Ciel steps into the mode of a full time DJ-producer, throwing events will take secondary status -- but even as the rate of raves reduces as touring upscales, the same values will continue to shine through other guises.

Even while in an exploratory phase, Ciel the producer has already latched onto something captivating. Rooted in an environment that prizes being terminally chill, she combines the hybrid of New Age and house popularized by peers such as Project Pablo and Khotin with a love for the tough stuff. As heard on a pair of celebrated, stall-setting 12"s for Peach Discs (Electrical Encounters) and Coastal Haze (Hundred Flowers), her niche is that of soft-touch slammers. Twinkling synths and gossamer pads sit atop fragmented drum patterns, creating an evocatively wistful mood while zipping along at explosive and unpredictable pace.

That contrast is felt with more force when Ciel is behind the decks. She has been instrumental in the contemporary resurgence of breaks on dancefloors, with a pyrotechnic style that twists between bleep 'n bass, electro, rave, junglist rinse-outs, barrelling techno and even the occasional outing of OG trance. This scintillating synergy can be heard across the dozens of professional mixes Ciel has laid down on high-profile radio stations (Hessle Audio on Rinse FM, Dekmantel on Red Light Radio) and esteemed podcast series (The Fader, Ilian Tape, Crack) alike. As audiences have cottoned on, her tour schedule has exploded, bringing appearances at top-tier clubs across the globe such as Berlin's Berghain, Amsterdam's De School, Chicago's smartbar, Lisbon's Lux Fragil and Shenzhen's OIL.

2019 will continue this upward trend, with tours locked in for Australia and Asia, as well as a bumper list of festivals across the globe lined up, including Love International, Oasis and Movement. On the release front, landing on Ghostly makes for a nice full circle moment, it being the home of one of Ciel's all-time favourite producers, Tadd Mullinix.

Even as Ciel avails of herself of the opportunity to travel and play music to ever-larger crowds, one eye remains trained on home terrain. Whether a label boss, grassroots rave promoter, humane producer or adventurous DJ, the same strongly-held beliefs shine through: that of focus on the community, upholding the scarcity and necessity of dancefloor freedom, and conscientiously playing your part. At heart, Ciel's work in electronic music boils down to a simple truth. If everyone isn't having a good time, what's the fucking point?