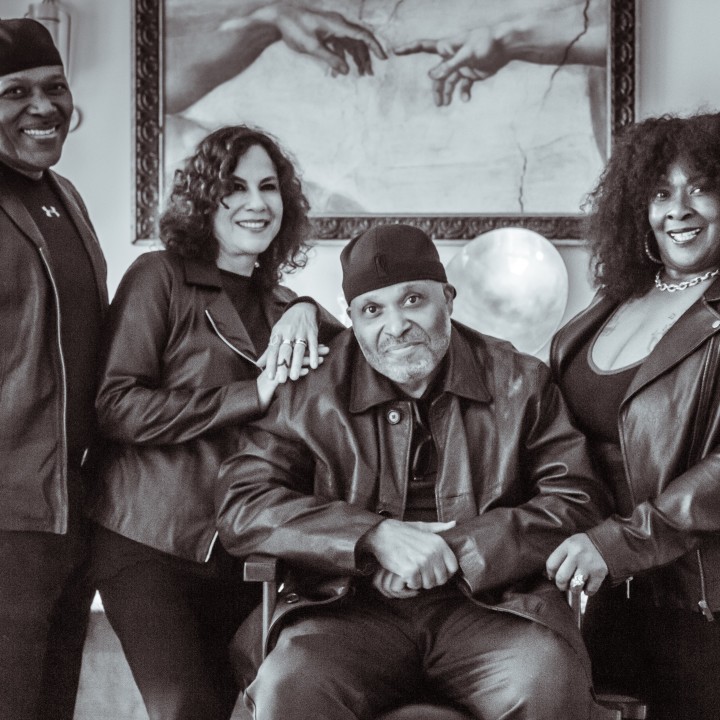 1982 was a bumper year for dance music- it wasn’t quite disco, hip-hop was in its germinating phase and house was still a few years away.

But while there was no catchy name for it, NYC was the stomping ground zero for a music that was making the people screamd and shout throughout the numerous legendary clubs of the city- such clubs as Funhouse, Paradise Garage, Bonds, Danceteria & Better Days

And Rockers Revenge led the way with their international smash “Walking On Sunshine”.

Sunshine was recorded at NYC legendary Intergalactic Studios (as made legendary by the Beastie Boys track) and the track featured the keyboards and programming brilliance of Fred Zarr (later of Madonna fame) bass by Pee Wee Ford and percussion by Bashiri Johnson. (percussionist for Madonna, Sting & Micheal Jackson).

Baker’s love of the Eddy Grant song was cemented after a night out partying to Larry Levan at Paradise Garage and his production of Rockers WOS represented that Garage spirit, incorporating both the trippy dub effects and keyboard grooves loved by Levan.

The track was an instant smash -an immediate success first in the streets, clubs, radio stations, parks and beaches of the 5 boroughs and then worldwide- peaking at #4 on the UK pop chart summer of 82 and number #1 on Billboards dance chart.

The group followed up with a cover of Jimmy Cliffs reggae anthem “The Harder They Come” (#13 Billboard dance chart, #30 UK pop chart) and their track “Battle Cry” was featured in the BEAT STREET movie soundtrack.

Baker and the group last worked together in 1988 on the track “Love Is On Our Side” which featured keyboards by David Cole of C & C Music Factory.

The group disbanded soon after that, with the brothers going back to retail, Donnie managing the Virgin Megastore in Time Square for a time, while Dwight opened his own shop, Visionquest Records. Adrienne opened a daycare center in Brooklyn and Tina launched her own law firm in London.

While they stopped recording as Rockers Revenge, they never actually went away- the group’s vocals appeared on many hit songs- with Tina B & Adrienne appearing on Norman Cook’s Pizzaman smash “Tripping On Sunshine”, Joey Negros Z Factor “Gotta Keep Pushin”, Nu Shooz “I Can’t Wait” & Jeff Mills “The Sun” while Donnie voice appeared on over 80 records which sampled “Sunshine” & “Harder” including recent hits as Kraak & Smaak “Mountain Top” along with numerous remixes thru the years.

Three years ago Baker and Hawkes reconnected through social media and swapped music ideas. After a few misses, Baker sent his original idea for a song called “Mission”.

Hawkes worked up the vocals and had Donnie and Adrienne sing it. Baker added Tina B to it and Rockers Revenge were back, 30 years later.

Baker sent it to his old friend Damian Lazarus, thinking that it would be perfect for his label Crosstown Rebels.  When Lazarus finally listened, he was all in.

Their first new track was called “On A Mission” and portrays exactly that, “a mission of love, a mission of peace”. The positive message of the lyrics harken back to those of early house tracks, when unity was created through the love of the music and the unity found in clubbing. Lead by a hypnotic rhythmic beat, building with waves of percussion and layers of synths and vocals, “On a Mission” got heavy play by such `DJs as Blessed Madonna, David Morales, and Danny Teneglia

“To be able to reconnect and rekindle the special collaborative connection I had with Rockers Revenge after a 30 year hiatus has been a incredibly inspiring experience.

This song conveys that peace and love can still be obtained through music.” Arthur Baker

2018 saw the group following up their monumental live show at Get Lost Miami with gigs at Razzmatazz in Barcelona, Scorpio in Mykonos, Café Mambo in Ibiza, the Summit Conference In LA and a Christmas Event at Wild Pitch Underground in Atlanta.

Rockers next single “What About The People” with mixes by Baker, Full Intension and DJ Pierre was released in March, 2019, hitting number one on the Trax Source chart.

The group next opened up 2 nights for New Order at the Filmore, Miami in Jan 2020.

Rockers next single will be “You Can Do It”, with remixes by Arthur Baker, Yam who, Thisiswh0, Hifi Sean and John _J-C _Carr & Bill Coleman- released in June 2021, followed with a gospel burner “All That I Have Done” in Sept.

The group have also completed their debut album after 40 years and have been shooting a documentary with Pulse Films directed by Baker with principal photography completed- both to be released for the groups 40th Anniversary in 2022.