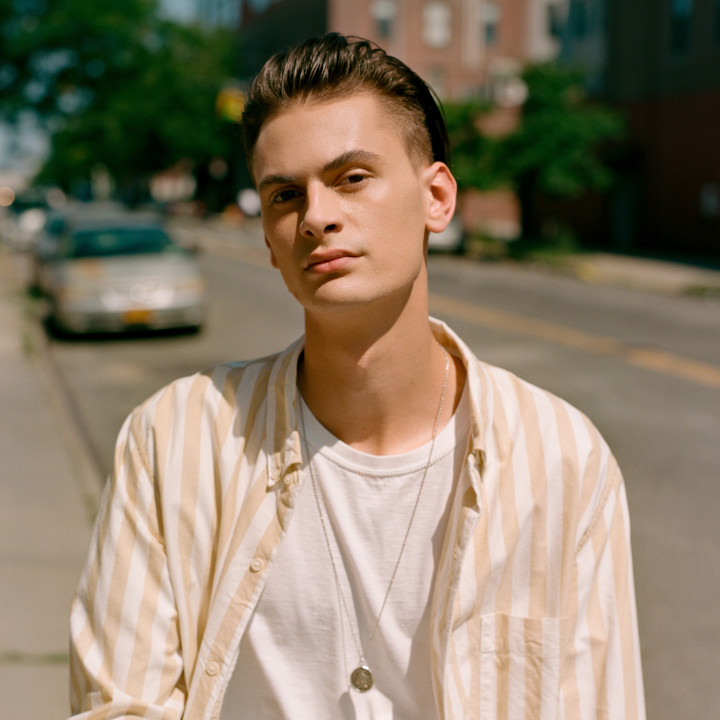 In the summer of 2019, Ant Saunders released "Yellow Hearts" on the day of his high school graduation, a song he wrote and recorded in his bedroom. After posting on TikTok a few months later, "Yellow Hearts" caught on like wildfire and now sits at over 250 million global streams. The track is now certified gold in the U.S and landed on the Billboard Hot 100. This summer, a now 19-year-old Ant Saunders will make his major festival performance debut at Lollapalooza.

Ant began writing and recording in middle school using Audacity and a USB mic as an outlet to understand his emotions and the world around him. Influenced by R&B and hip-hop acts like Frank Ocean, Daniel Caesar, Tyler the Creator, as well as singer-songwriters like Ed Sheeran, John Legend, and John Mayer, Ant's combination of lyrical storytelling and velvet vocal delivery makes for a uniquely flagrant and refreshing sound. Ant was born in Germany, where his parents were stationed in the military before eventually settling in the small town of Woodbury Heights, New Jersey. He will release new music throughout 2020, including an EP this spring.