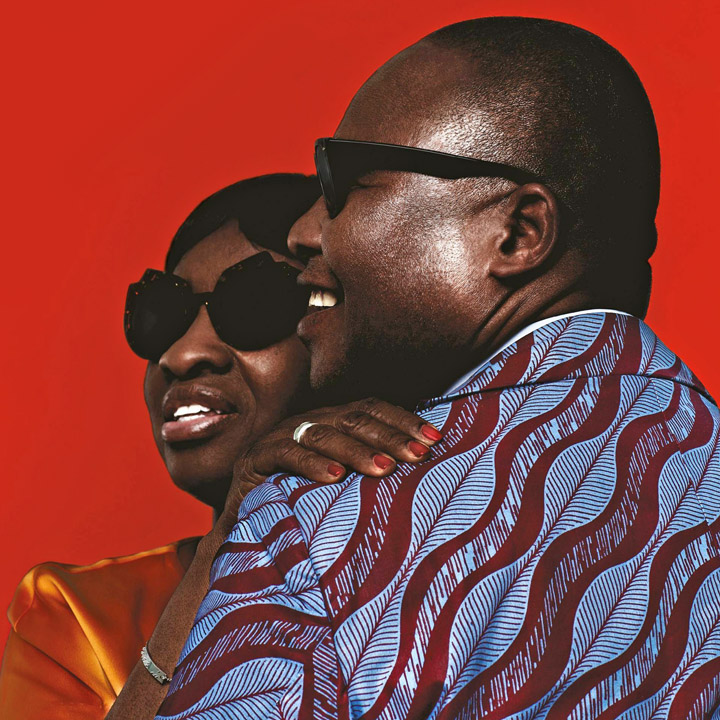 Hailing from Mali, Amadou Bagayoko and Mariam Doumbia first met as children at Mali's Institute for the Young Blind -- both lost their vision at an early age. It was here that they began performing in the institute's Eclipse Orchestra. Eventually the couple would marry and began recording together in the 80s.

Over the span of three decades, Amadou (guitar and vocals) and Mariam (vocals) developed an international following having recorded eight full-length albums and toured around the world. Their album Welcome To Mali (2008) was nominated for the "Best Contemporary World Music Album" at the 52nd Grammy Awards. Tour highlights for the duo include supporting U2 on their U2 360 Tour, performing at the 2010 World Cup for FIFA's Kick-Off Celebration and performing alongside major acts across multiple genres such as Blur, Coldplay and Pink Floyd's David Gilmour, among others.

This summer the pair will embark on their first major market North American headline in four years with stops in New York, Los Angeles, San Francisco, Chicago, Washington D.C., Philadelphia, Montreal and more. See below for a full tour itinerary.

The duo is readying a full album of new music, La Confusion, slated for release later in 2017 on Because Music. In reference to the new single, the term "bofou safou" is a bambara (Malian national language) nickname given to nonchalant young men who would rather dance than work. The duo collaborated with James Stewart for the compilation James Stewart (Voilaaa Sound System) & Amadou & Mariam Present: The 'Bofou Safou' Mixtape, which is available for streaming now.