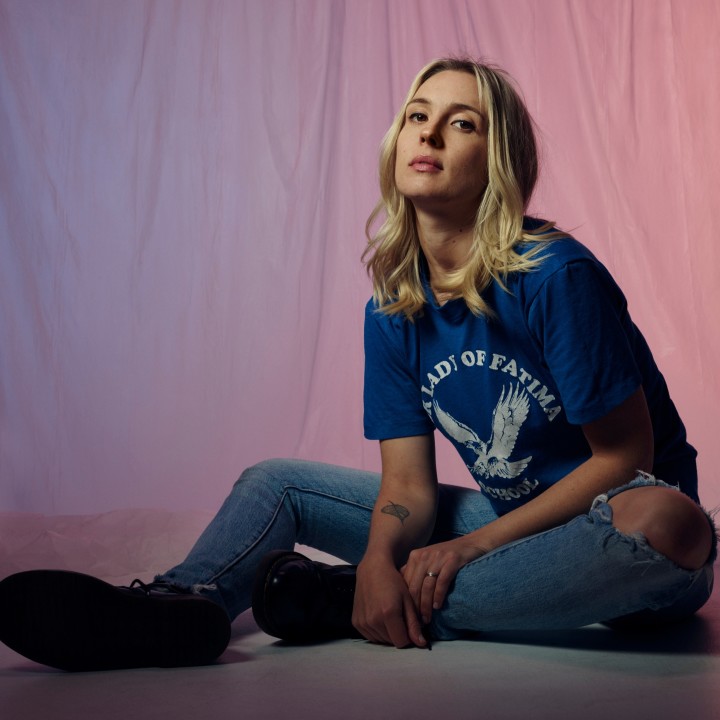 From the heart-stirring catharsis brought on by the anthems of her youth, to her own candid musical outpourings today, Ali Barter understands a thing or two about capturing frank, sometimes messy emotions in memorable song form. As told by her debut album A Suitable Girl (March 2017).

Released to triumphant reception, as well as critical and popular acclaim. A Suitable Girl debuted at number 17 in the ARIA Charts, was feature album on triple j, FBi Radio, Radio Adelaide and Rabbit Radio, while being heralded as "an album that struck a nerve with Australia" (Tone Deaf). Her single 'Girlie Bits' was voted #58 in Triple J radio's Hottest 100 (a listener voted countdown of the most popular 100 songs of the past 12months, the largest such music poll in the world).

The former choirgirl and triple j unearthed winner's road to a debut album has seen the release of three EPs and a life busy living. She has played festival slots at some of Australia's biggest and most respected festivals, including St Jerome's Laneway Festival, Beyond The Valley and Gaytimes. She's also supported the likes of War On Drugs, The Jezabels and The Rubens and has been hand picked to support Stevie Nicks and The Pretenders on their forthcoming Australian shows.

It's with her heart on her sleeve and electric guitar strapped, that Ali Barter gives a new generation of music fans something they need now perhaps more than ever, a voice that says simply and authentically "I get it."