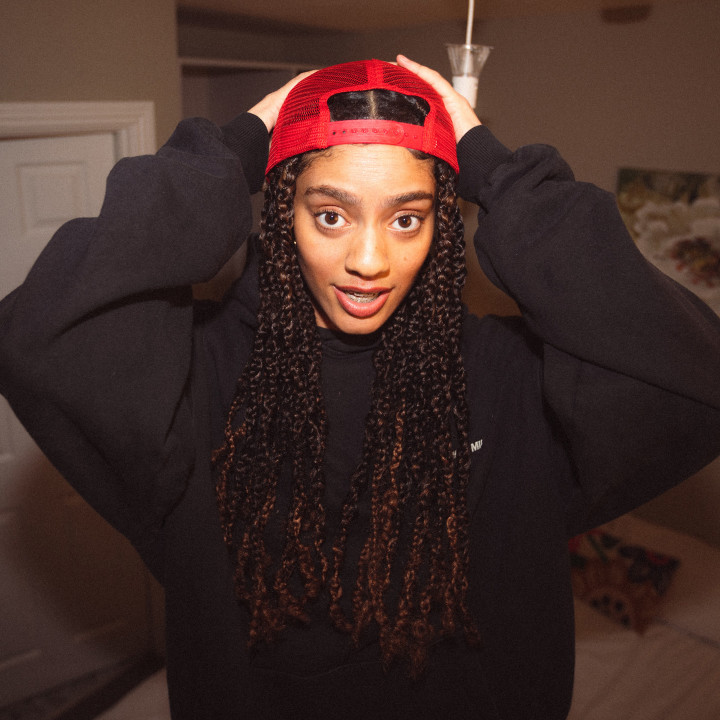 "The potential for a true superstar is right here." - Earmilk

"Teetering on a precipice, with neo-soul on one side, and confessional rap on the other." - gal-dem

Aby Coulibaly is a 21 year old singer-songwriter from Dublin and if you don't know, you need to get to know. She started recording the summer of 2019 with her friends and eventually ended up starting their own independent record label 'Chamomile Records.' Aby hasn't always been the confident person portrayed in her music. When Aby and her friends would go to the studio she'd get on everyone's nerves because she was too shy to sing despite slyly humming melodies that sent shivers down their spines. Gradually Aby started to gain more confidence and find her sound as she recorded in her room over youtube beats. These demos would later be uploaded onto Soundcloud gaining her a bit of a cult following. The name Aby Coulibaly stirred up a buzz and she started performing shows in her hometown Dublin.

Emerging from Dublin's fast-growing underground scene, Aby Coulibaly emerged as a hot tip with the release of her debut single 'Taurus' at the end of July.

Her debut single 'Taurus' was released on the 24th July and has amassed over 600k streams. Aby was championed by Spotify as she has been featured on over 20 editorial playlists including R&B UK, Lush + Ethereal, Sweet Soul Sunday, Riffs & Runs, Boho & Chill, New Music Friday, Dazed, Nightcap, Surface.

Aby Coulibaly has been passionate about music since she was a child. Inspired by the iconic Erykah Badu, her core style is alternative R&B but her sound explores a spectrum of genres, as evidenced by her admiration for Lauryn Hill, James Blake and Empire of the Sun. Song writing is a cathartic experience for her, as she pours the emotions of a moment into songs that naturally speak to young people everywhere as they transition into adulthood.