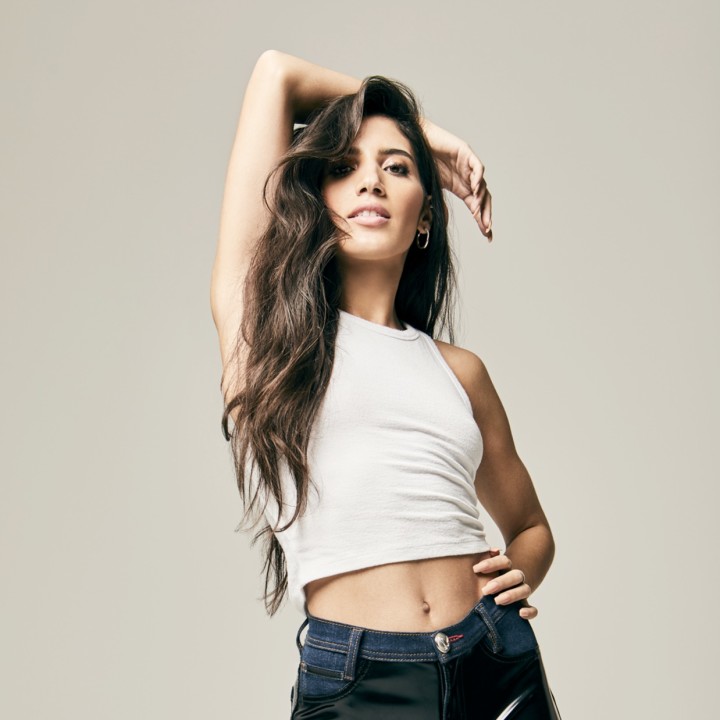 ABIR has been prepping for this moment -- the release of her debut EP MINT and her first national tour -- since the fourth grade. It was then that she performed Jennifer Lopez’s 2002 hit “All I Have” at her school’s talent show. Solo, she even rapped LL Cool J’s bars. “I was doing the duet without the other person,” she says through laughter today. Years later in the eighth grade, she’d belt out Keyshia Cole’s bruising cut “I Should Have Cheated” in the eighth grade.

“I did every one after that until the day I graduated,” ABIR recalls of her days as a local teen talent in Arlington, Virginia. “I was doing county fairs. I was doing all of the neighborhood shit. It was so fun. When I would get up and sing in front of people, I’d be like, ‘Oh, this is what I’m supposed to do.’” The Morocco-born vocalist came to the U.S. at the age of six. Her father owned a limousine business. Her earliest memories of digesting music come from riding in the back of his cars, intrigued by the jazz albums he bought to play for his clients during rides. But once she started selecting her own tunes to play, budding pop acts like Lopez and Destiny’s Child consumed her time.

By the time she got to high school, ABIR wasn’t just singing other people’s lovestruck records, she was starting to write her own. A kid who didn’t have much of a dating life, ABIR’s cuts about relationships gone wrong were born from fantasy. “I wasn’t pulling from my experiences,” she admits. “I was just imagining things. Back then I was just trying to make the next Keyshia Cole song.”

Cuts from MINT, out October 19, are reflective of the life she’s actually lived since graduating from George Mason University and taking the Mega Bus to New York City, where she now calls home. Since moving to Astoria, Queens in 2016, ABIR’s been hustling, building a strong buzz thanks to independent work with her manager, D.I.Y. tracks, and opening for artists who stopped in the NYC area. Atlantic Records CEO Craig Kallman spotted her in Brooklyn when she rocked ahead of rapper Aminé’s set. Not long after he offered her a recording contract with the label. His pitch, one that assured her that she wouldn’t be forced to change her sound and that she’d have their full support, was the reason she picked Atlantic and declined the rest.

MINT’s lead single “Young & Rude” finds her being a breaker of both hearts and rules over a thumping beat fit for strong speakers and the dance floor. “Young & Rude’ is about being in New York,” ABIR says. “Some days you lose track of time or sleep in your shoes. And some days you’re hungover. It felt like the right record to come out with. It has a great energy. It sets the tone for the EP.

“Reunion” is a page from a night where she was reconnecting with high school buds in neighboring city Washington, DC, an annual occurrence days before Thanksgiving. “Throwing up in Ubers/ Barely even left yet/ Fuckin’ up my rating/ Why you gotta do that?” she recalls ahead of the hook. On mid-tempo opener “Tango” ABIR tells a soon-to-be ex-lover that she’ll be fine dancing alone, not relying on a partner. And Cali rhymer Buddy joins her on “Lose Me,” where he plays the role of an apologetic boyfriend minutes away from being left by the girl he supposedly loves.

On “For Ya,” she laments about growing apart from her friends as their lives morph from carefree youths to 9-5’ing, spouse and children-having adults. “Used to say, ‘I’m all in.’/ Then everyone got boring,” she jabs. Now they’re all locked indoors and hiding as if the law’s out to get them. “They’re always acting like they’re wanted,” she says. “You can’t come out and chill because you have to wake up at 8 am. Come on, we’re young. And every time I go home, another friend is pregnant or getting married. Shit has changed!”

It has. ABIR appears to have many more thrills to navigate. Starting October 29, she’ll support Kiiara on a 16-city tour. As anxious as she is to get this fresh batch of music out, she’s even more amped to hit the road. “I’ve never been on tour,” she explains. “I’m going to create some dope memories. So I’m super excited.”

Just like she knew back during those talent show days, being a performing singer-songwriter is who ABIR was born to be. The grind of late Manhattan nights and early mornings has only strengthened her - ABIR is not at all weary. Instead she beams as this roller coaster ride continues its ascent.

“This is just the beginning!”