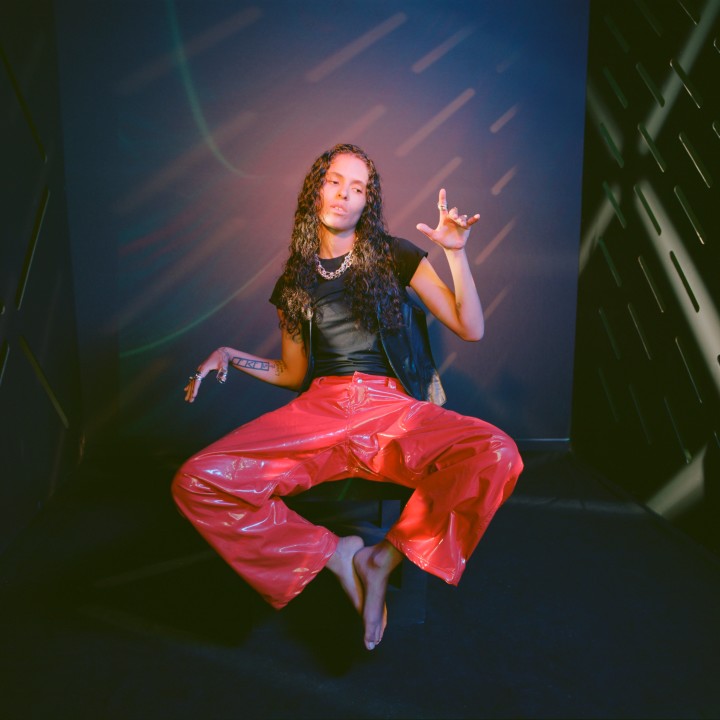 The title of 070 Shake’s forthcoming album is Modus Vivendi -- a Latin phrase used to reference a way of life in which two opposing parties can coexist peacefully. Art has always been Shake’s way of life, whether writing poetry as an outlet for depression or crafting playful rhymes about her teammates on bus rides to high school basketball games. “It was an escape for me with all of the frustrations and voices that were going on in my head. I’ve always felt that I had to do something with these words.”

All the way back to her childhood, this individualistic charm has always led the New Jersey-raised talent to stand out. Traditional schooling just wasn’t for Shake. Rather, she stuck out from peers with a natural knack for poetry and a profound love for basketball, even being deemed “Shake” for her crossover dribble. As she grew older, Shake became known for her rebellious nature, constantly causing trouble at school with countless pranks and a disinterest toward academics.

It was during these years, however, that Shake began to hone her artistic identity. From writing poems to falling in love with the cadences and storytelling of artists such as Alicia Keys and Kanye West, she quickly found a desire to start making music. Soon after, Shake began recording in a friend’s studio up until 2016, when the intensely vulnerable song “Proud” caught the ear of the legendary G.O.O.D. Music camp.

Shake signed to the label later that year, transitioning from manning kids’ bouncy castles in New Jersey to working with the likes of G.O.O.D. Music labelmates Kanye West and Pusha T, among others. Come 2018, she released the deeply personal EP, Glitter -- a six-track culmination of diverse sounds and genres meant to chronicle the realities of love, depression, substance, and pain. Maintaining the same creativity that once fueled her high school poetry, she began to turn heads in the music world, becoming one of the year’s most talked-about names with her features on several other G.O.O.D. Music releases, namely the soul-stricken outro on Kanye West’s “Ghost Town” and her haunting vocals on Pusha T’s “Santeria.”

Today, ahead of the forthcoming Modus Vivendi, Shake is focused on bringing her reflective style to the spotlight with boundary-pushing creativity and pure emotional honesty as her compass. Detailing her creative process, “I just really go with how I feel in the moment and then that’s where the writing comes from. It’s like an ongoing disperse of words when I feel something.”

In a world obsessed with consumption, Shake is a much-needed breath of fresh air, more than ready to make her impact felt through music. In her own words, “I want it to make a change in the world. The agenda is bigger than just music.”